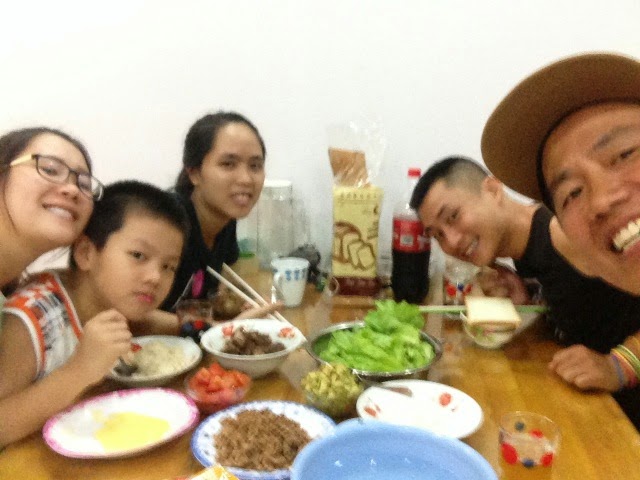 I landed in the town of Hue. Hue is in the central region of Vietnam on the coast of the South China Sea. Phuong, the guy on the right, hosted me. He is a private teacher of English. He actually let me sit in on one of his lessons and chat with his students. It was lots of fun for me and I hope that it was good practice for them. As a way to thank Phuong for his hospitality, I decided to share a little of my culture with him and his students… so I prepared for them a meal of TexMex. 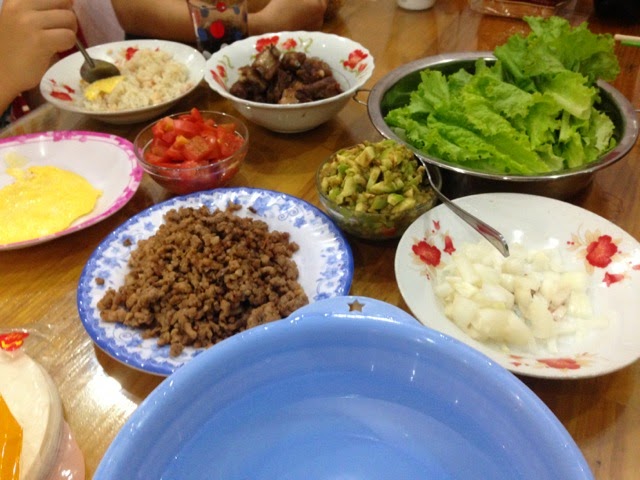 It was a pretty simple meal. First, I prepared some guacamole with chips. Then, I tried to prepare tacos. It was easy enough to find ground beef, tomatoes, lettuce and onions, but I could not find any real tortillas. So we improvised a little and used rice paper wraps which are usually used in Vietnamese cooking to make spring rolls. It actually worked out alright. I think that the taste and texture of the food was a little strange for some of the folks, but they were all nice and said that they enjoyed it. 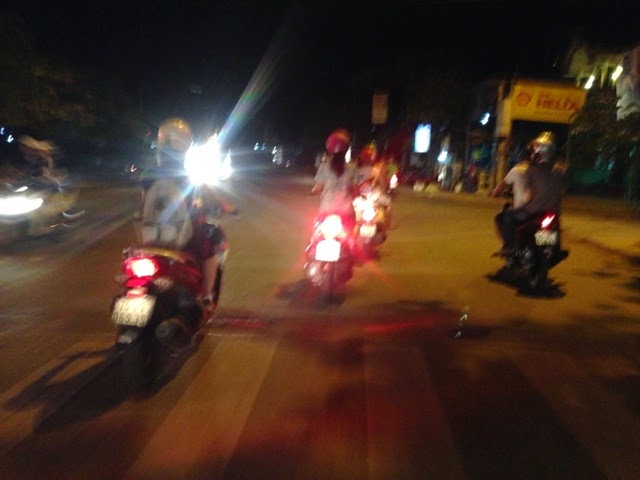 Hue is a pretty relaxed town. One night we went on a motorcycle ride around the city with Phuong, his girlfriend Ngoc and some of her friends. We cruised around the old town, went to a fortress, stopped to try some yogurt drinks and dropped into a cafe that played jazz. It was a pretty sweet way to spend an evening. 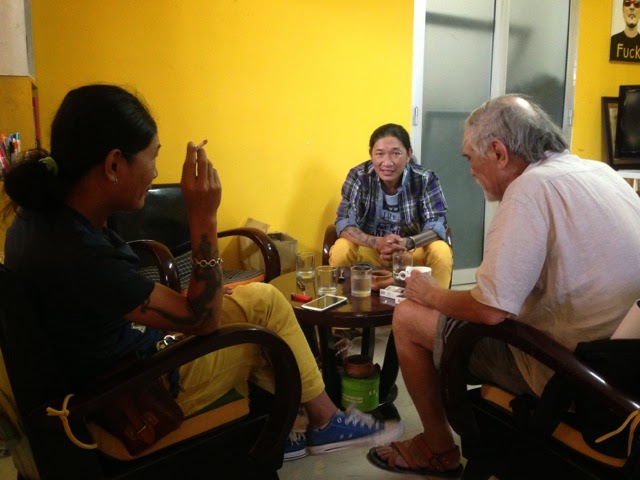 Phuong introduced me to some of his friends... the Le Brothers. Thanh and Hai founded and operate the New Space Arts Foundation. 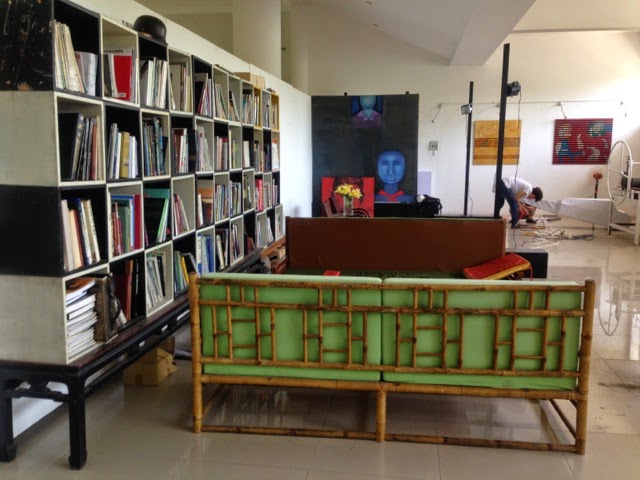 The foundation is an independent art space which was founded to increase contemporary art appreciation amongst the general public. NSAF’s main activities are financially and spatially supporting young Vietnamese and international artists by giving them the opportunities to uninhibitedly express their ideas. If you are an artist, they also offer artist in residence opportunities. 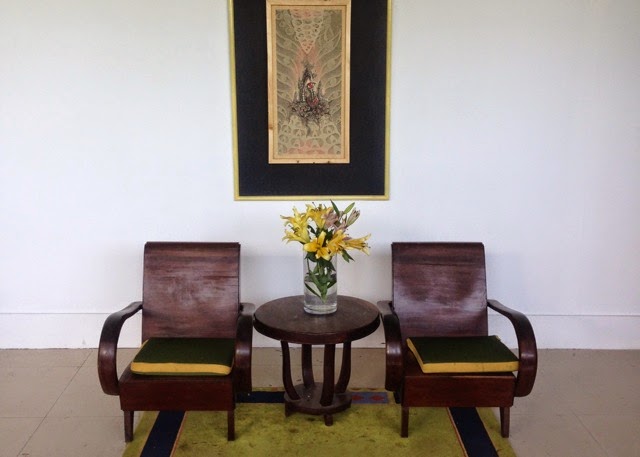 In addition to the foundation, the Le Brothers are artists and have a number of projects in the works at any time. One ongoing art project utilizes this simple set. 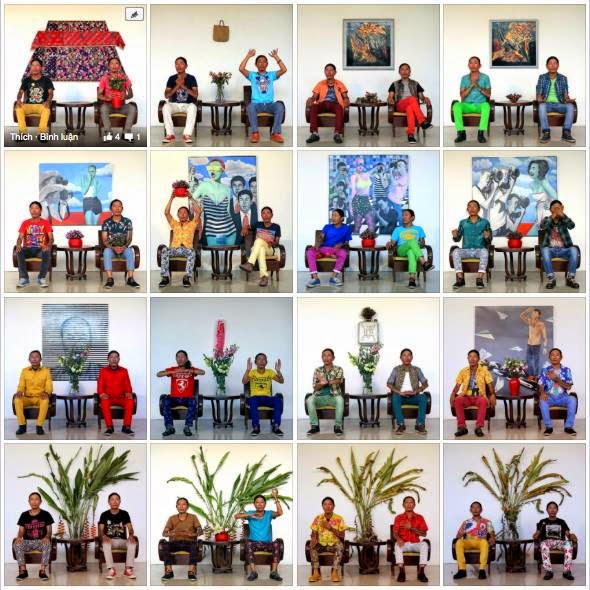 Each day they stage a different visual, photo it and video it. The images are shared online and assembled into a composition. I believe at some point they will be publishing a book with all the images. 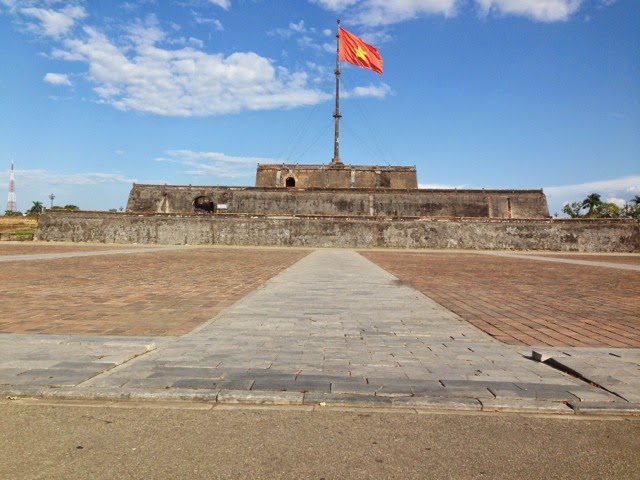 Hue is known as the Imperial Capital. The city originally rose to prominence as the capital of the Nguyễn Lords, a feudal dynasty which dominated much of southern Vietnam from the 17th to the 19th century. In 1775 when Trịnh Sâm captured it, it was known as Phú Xuân. In 1802, Nguyễn Phúc Ánh succeeded in establishing his control over the whole of Vietnam, thereby making Huế the national capital. Huế was the national capital until 1945, when Emperor Bảo Đại abdicated and a communist government was established in Hanoi, in the north. While Bảo Đại was briefly proclaimed head of state with the help of the returning French colonialists in 1949, his new capital was Saigon, in the south. Today, the city is a UNESCO World Heritage Site and there are still remnants of the imperial capital enclosed within the Citadel, sometimes called the Purple Forbidden City. 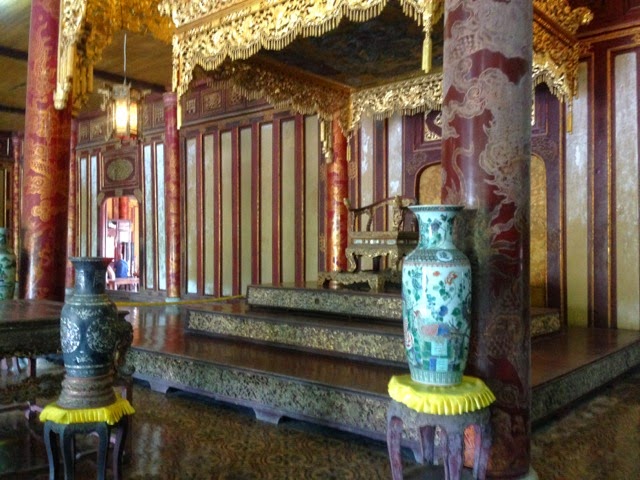 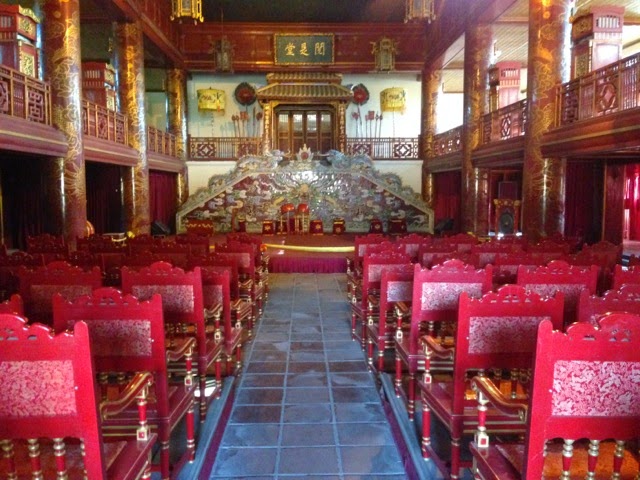 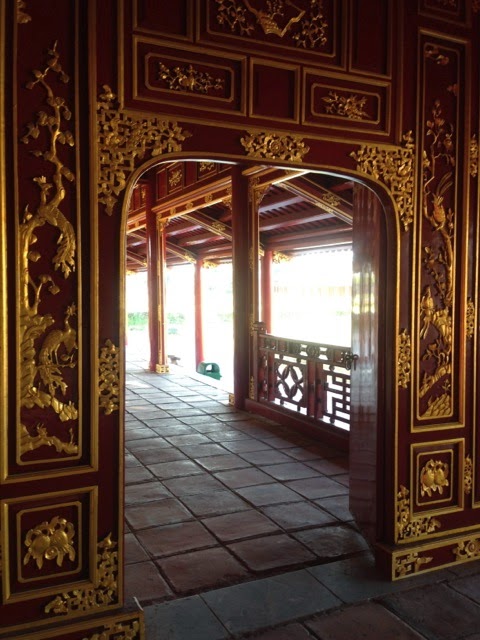 Doorway to the garden 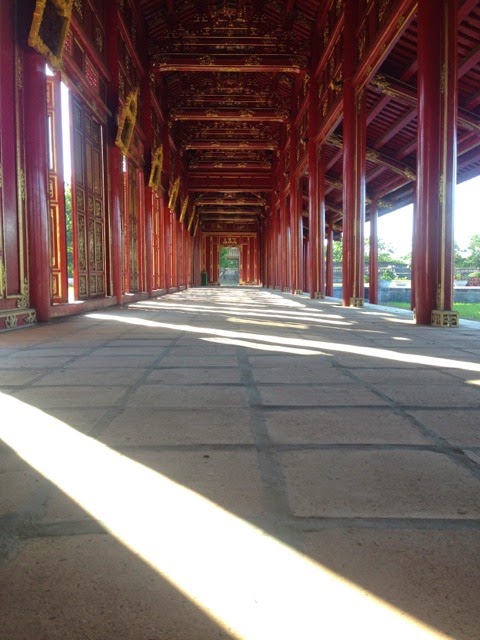 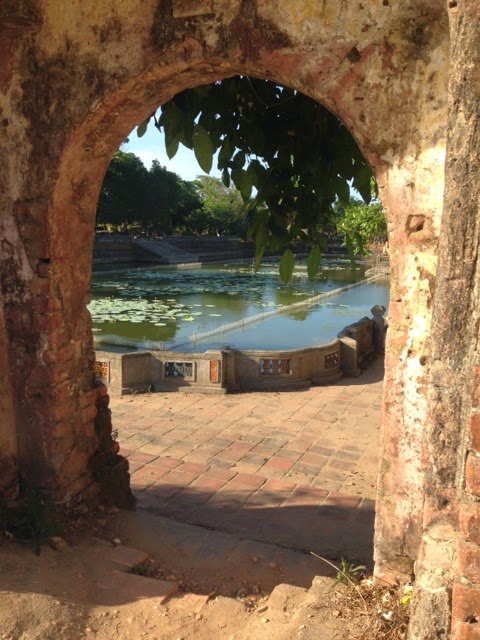 A window with a view to a lake 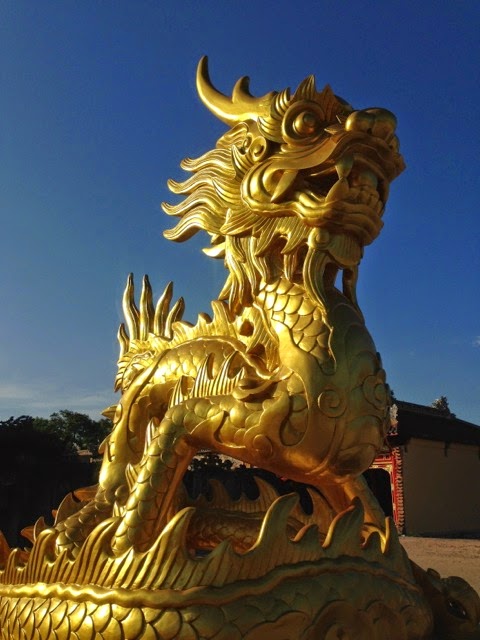 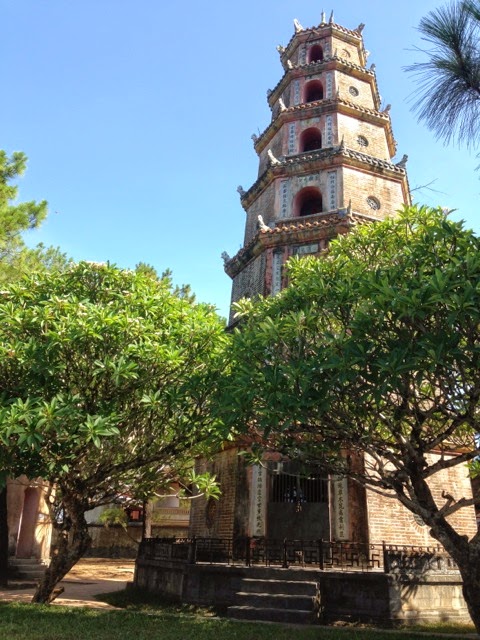 One of the last things that I wanted to check out before I departed Hue, was to visit this pagoda. The Thien Mu Pagoda lies along the Perfume River. The pagoda has seven storeys and is the tallest religious building in Vietnam. The temple is often the subject of folk rhymes and ca dao (mythology) about Huế, such is its iconic status and association with the city. It is regarded as the unofficial symbol of the former imperial capital.
By Troy - September 19, 2014