From Phong Nha to the Vinh Moc Tunnels 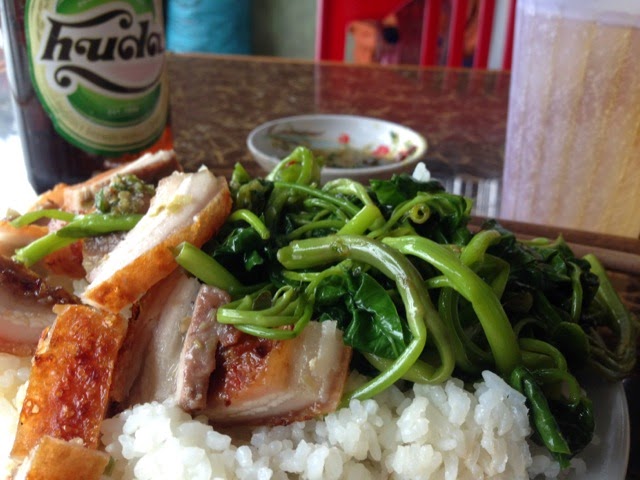 While staying in Phong Nha I heard that the region was known for a regional delicacy. I walked around the the town, down the main street, through the market and happened up a small restaurant that was promoting their crispy roasted pork. They served it inside a sandwich, with noodle soup or with rice. It was lunch time, so I decided to try the pork sandwich. It was indeed delicious. It was so good that for the rest of the day I kept thinking about it. It was so good that I returned in the evening for dinner to try the pork over rice. I think that it was even better. The pork was roasted to perfection, the meat was tender, the skin was crispy and the layer of fat was juicy… yes it had a thick layer of fat. The morning glory vegetables were pretty good too. Yum!

In Phong Nha I stayed outside the town at a farmhouse called the Pepperhouse Homestay. The place is owned and operated by a couple... Niem (Vietnamese) and Multi (Australian). It seemed that Niem really ran of most of the operations, while Multi entertained the guests with humorous stories and antidotes. He also rode a motorcycle and told me about a road that many local motorcyclists consider one of the best roads in all of Vietnam. I was intrigued. 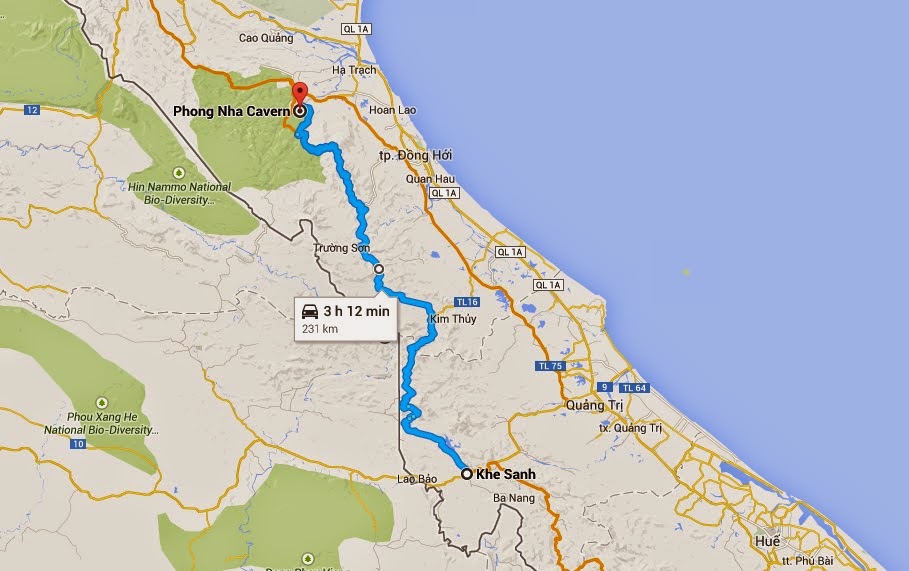 The route ran south along the national park and exited near the town of Khe Sanh. On a map the road appeared to be pretty twisty. I was told that it would take 6 to 8 hours, that there would not be many towns in between and that I should carry extra gas, food and water. 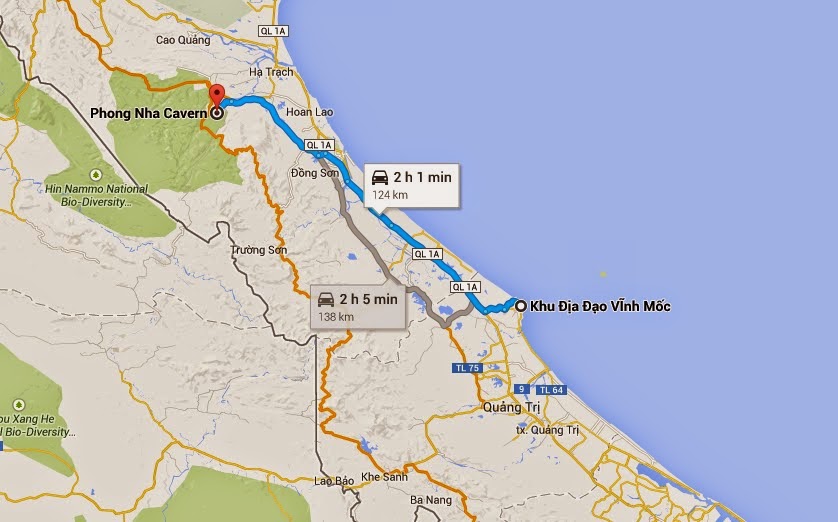 However, I had also been told about an interesting historical landmark near the town of Vinh Moc. I had to make a decision… and I chose the route to Vinh Moc. I had arranged to meet someone in Hue, so I had to forgo the scenic route for the more direct route. 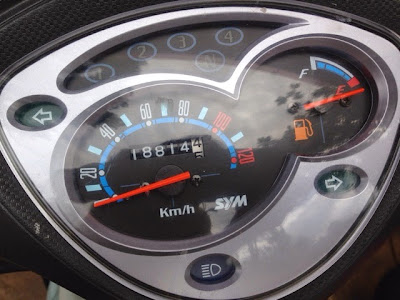 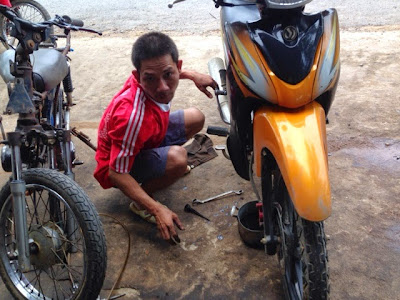 I found a xe may (moto shop) nearby and was able to change my oil for about 80,000 Dong (US$3.75). It was probably 20,000 Dong more expensive than what the locals pay, but the mechanic was able to help me right away. I think that I was in and out of the shop within 3 minutes. 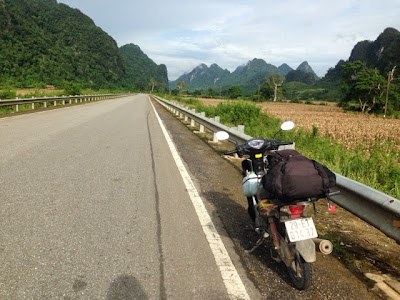 I headed down the road on the Ho Chi Minh Highway. 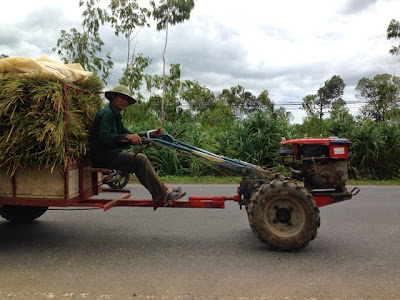 I passed by this xe công nông, sometimes called an iron buffalo. I then stopped to allow it to pass me, so that I could take this photo. These engines with wheels are used to plow fields, haul agricultural products and sometimes to transport people in rural areas. In some areas these mechanical farm tools are replacing the real water buffalo which have traditionally been used for all of these functions. 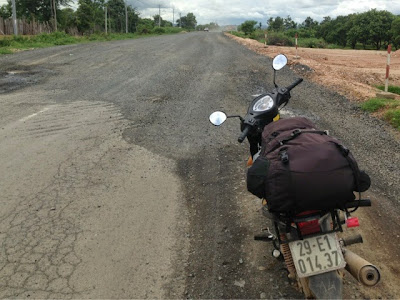 As I turned off the Ho Chi Minh Highway I left a smooth concrete road for a gravel road. 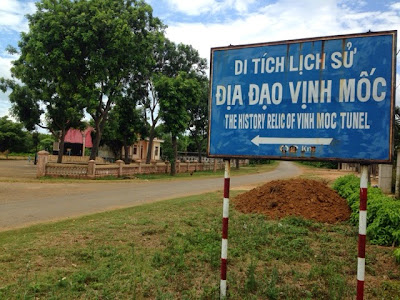 I was heading toward the town of Vinh Moc and the Vinh Moc Tunnels. 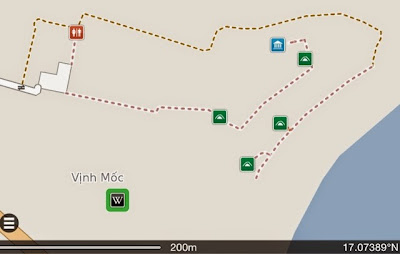 The Vinh Moc Tunnels is a tunnel complex in Quảng Trị, Vietnam. During the Vietnam War it was strategically located on the border of North Vietnam and South Vietnam. The tunnels were built to shelter people from the intense bombing of Son Trung and Son Ha communes in the Quảng Trị Province in the Vietnamese Demilitarized Zone (DMZ). The American forces believed the villagers of Vinh Moc were supplying food and armaments to the North Vietnemese garrison on the island of Con Co which was in turn hindering the American bombers on their way to bomb Hanoi. The idea was to force the villagers of Vinh Moc to leave the area but as is typical in Vietnam there was nowhere else to go.

The villagers initially dug the tunnels to move their village 10 metres underground but the American forces designed bombs that burrowed down 10 metres. Eventually, the villagers moved the village to a depth of 30 metres. The total length of the tunnels is nearly 2,000 meters long with 6 entrances to the tops of the hills and 7 entrances to the South China Sea. It was constructed in several stages beginning in 1966 and used until early 1972. The complex grew to include wells, kitchens, rooms for each family and spaces for healthcare. Around 60 families lived in the tunnels; as many as 17 children were born inside the tunnels. 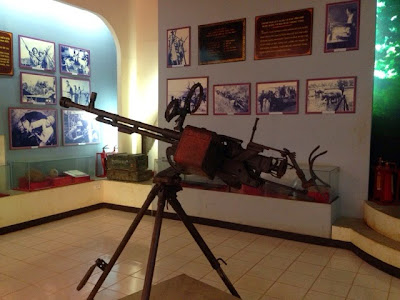 There was a small museum with displays of weapons and placards that explained the history and importance of the DMZ. 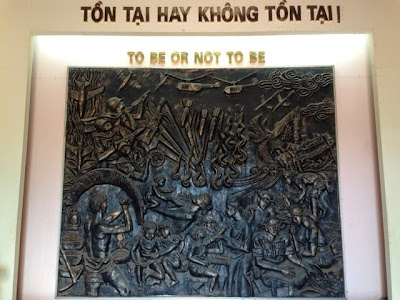 This saying, "To Be or Not To Be" was said to be an important call to arms in this heavily bombed part of the country. 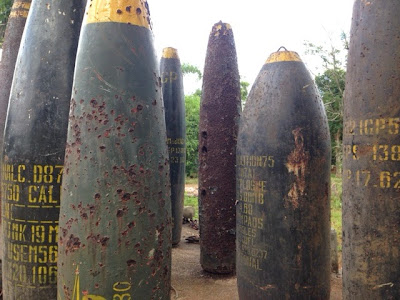 Outside the museum there was a collection of unexploded ordinances that were dropped around the area from US airplanes. Many bombs did not explode because the ground was soft and the bombs simply sank into the soft ground. 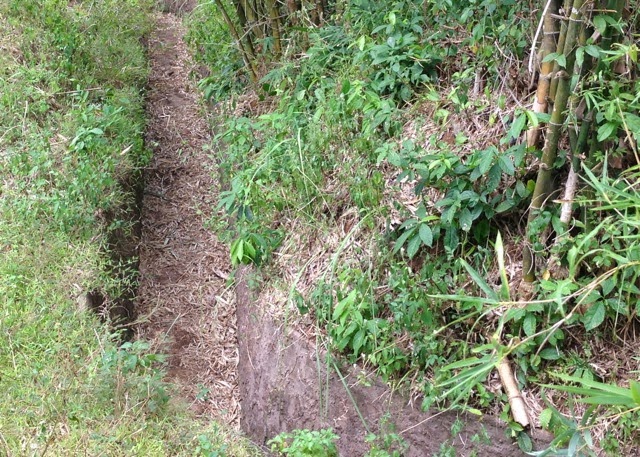 These channels were carved into the surface of the ground to shield the villagers from artillery when they walked outside the tunnels. The villagers would live in the tunnels during the day and farm outside during the night. 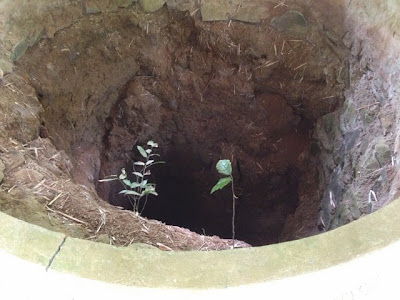 This was a water well for the village. 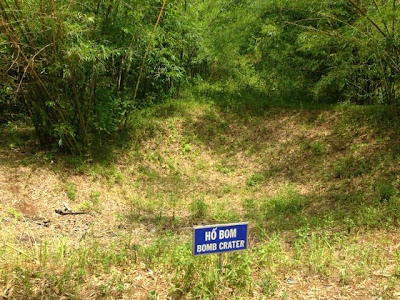 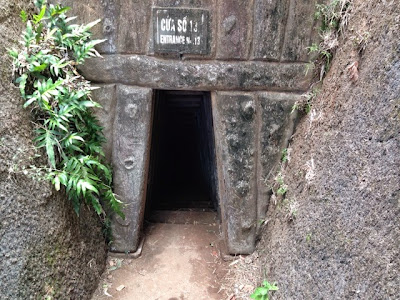 After walking around the surface, I ventured into the tunnels. These tunnels were accessed by a stone stairway that led to this arched entrance. 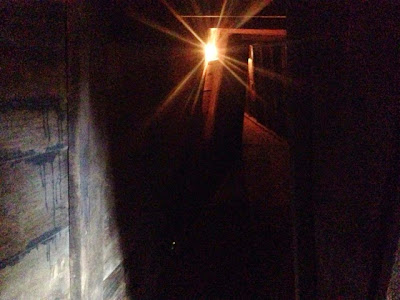 It was initially very dark inside the tunnels. After some time my eyes adjusted to the darkness and it became easier to see. 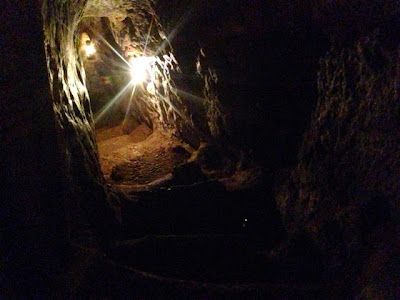 Deeper into the tunnel there were lanterns to light the way. These tunnels were perhaps 4 feet tall so I had to crouch while I was walking.. 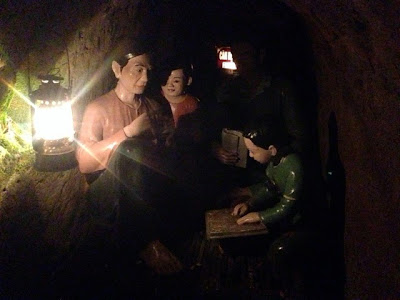 There were a number of small alcoves no bigger than 6 x 6 where families lived. There are now mannequins placed in the alcoves to demonstrate the cramped conditions. It was kind of creepy. 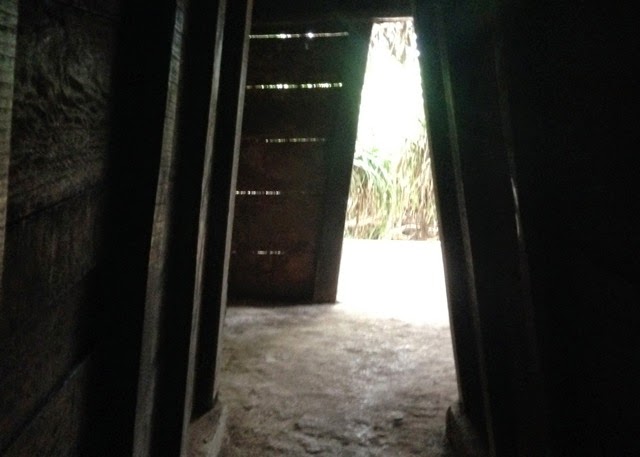 One of the tunnels led to this exit. 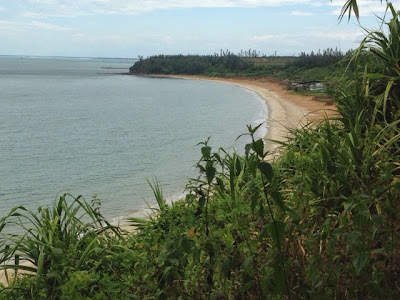 Once outside, I had an amazing view of the beach and South China Sea. 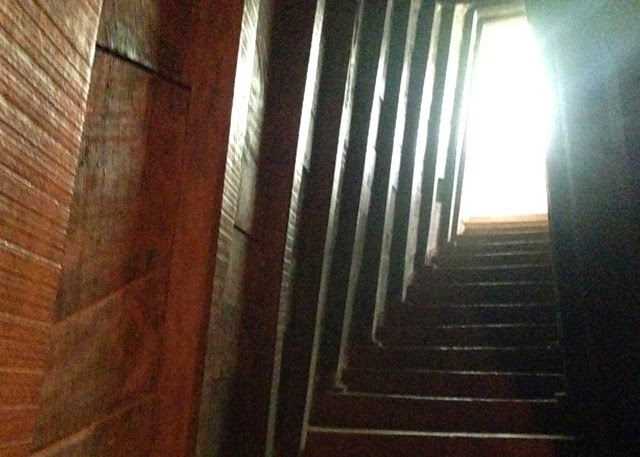 After visiting the Vinh Moc Tunnels I continued on my way to Hue.