I had a little over 14,000 miles on my bike. About 7,000 on the current tires. It was about time to put on some new tread.
I inquired around Puerto Varas and no shops seemed to have a tire in the size I needed. I was told that there was a shop in a town called Osorno that might have the right size.
I looked it up on the Internet and sent the shop, MotoAdventura, an inquiry by email. They responded back that they had the tire that I needed and that they could hold it for me. 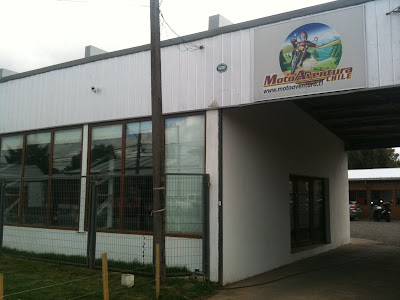 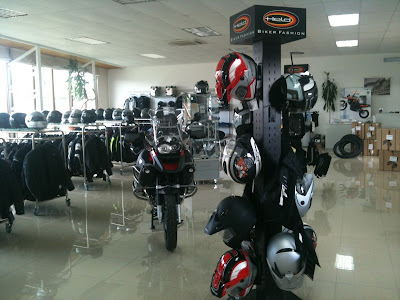 They had a nicely equipped store and were a retailer of BMW bikes. 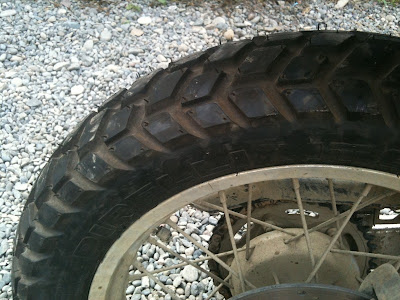 They helped me put on a new Perelli MT60, the same tire that I was currently riding on. 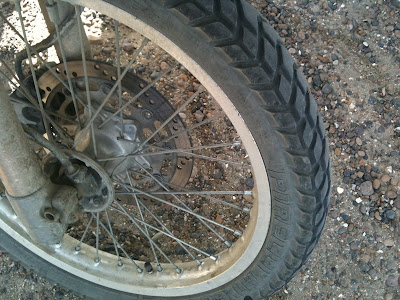 The front tire seemed to still be in pretty good shape so I opted to leave it on.
New tread for some new adventures.