After arriving in Junin de Los Andes I decided to ride around a bit to scout out some fishing locations.

As I was riding down this one road in the middle of nowhere I saw this gentleman. 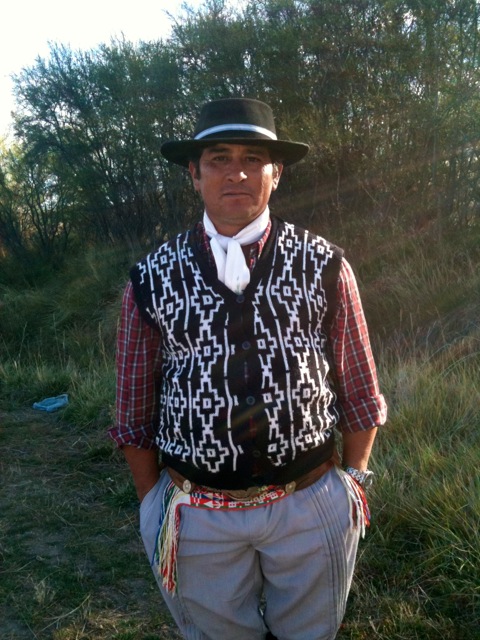 His name is Agusto... and he is a genuine gaucho. I stopped to talk to him.

In Spanish, I said, "I'm looking for a river to go fishing." He said, "You need to keep following the road for another 10 km to the river."

Estuardo wasn't real talkative. I think that he may have been a little surprised to see a guy on a motorcycle wearing a space suit riding around in the middle of the pampa.