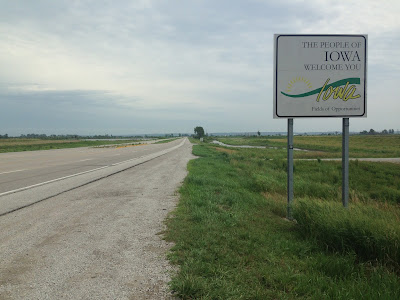 I looked at the distance that I had already covered. And I looked at the distance that I needed to cover. It seemed as though I had just started my journey and yet I was already behind schedule. I wasn't really keeping a day-to-day schedule, but I did need to reach the San Francisco area by a certain date. And, the list of places that I wanted to visit would have to be shortened. Regretably, I did not have much time to spend in the state of Iowa. Iowa - Fields of Opportunities. 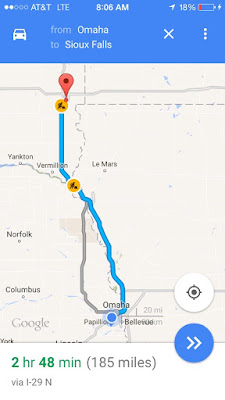 I plotted my course to Sioux Falls, South Dakota and hoped that I would get to experience some of Iowa along the way. 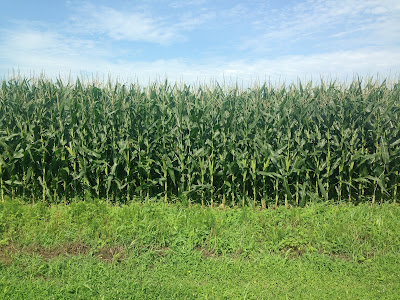 I drove along the western border of Iowa and Nebraska. There was lots of corn. 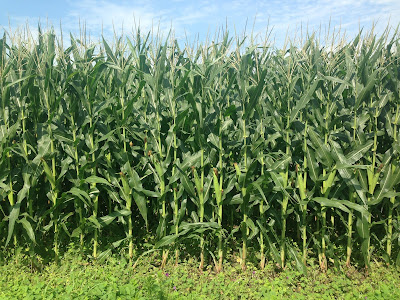 Lots and lots of corn. 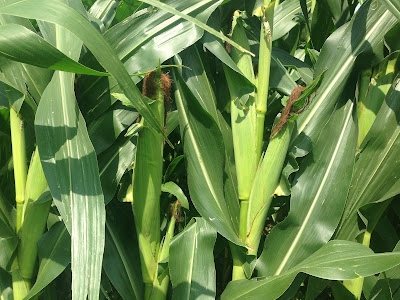 I spent such a short amount of time in Iowa and to say that all there was in the state was corn would be an unjust generalization. There was so much more to be seen.

Iowa is the nation's largest producer of ethanol and corn and some years is the largest grower of soybeans as well. The 92,600 farms in Iowa produced 19% of the nation's corn, 17% of the soybeans, 30% of the hogs, and 14% of the eggs.

In colonial times, Iowa was a part of French Louisiana and Spanish Louisiana; its state flag is patterned after the flag of France. After the Louisiana Purchase, people laid the foundation for an agriculture-based economy in the heart of the Corn Belt.

Iowa is the 26th most extensive in land area and the 30th most populous of the 50 United States. Its capital and largest city by population is Des Moines.

Des Moines is the largest city in Iowa and the state's political and economic center. It is home to the Iowa State Capitol, Drake University, Des Moines Art Center, Principal Riverwalk and the Iowa State Fair.

Some of the most dramatic scenery in Iowa is found in the unique Loess Hills.

The Driftless Area of northeast Iowa has many steep hills and deep valleys, checkered with forest and terraced fields.

Effigy Mounds National Monument in Allamakee and Clayton Counties has the largest assemblage of animal-shaped prehistoric mounds in the world.

Dyersville is home to the famed Field of Dreams baseball diamond.

Unfortunately, I did not have enough time to visit any of these attractions. I continued north.