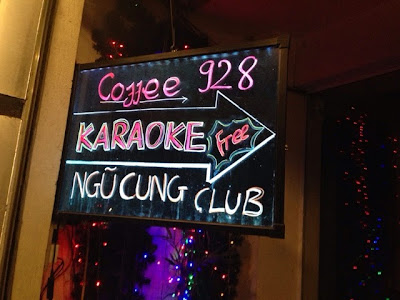 My first day in Hanoi concluded with a night out. I checked out the local meetup.com page and found out that there was a meeting of English speaking locals that were gathering for karaoke. I decide to join. 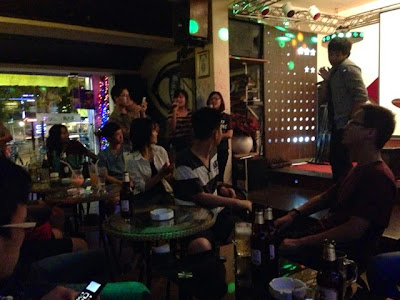 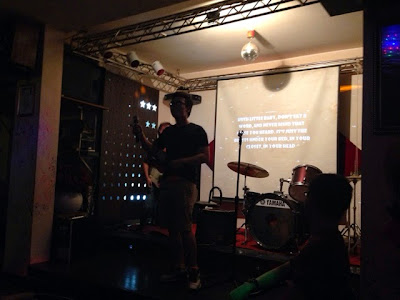 All the songs were sung in English. I was surprised to find that most of the locals knew the songs better than I did. 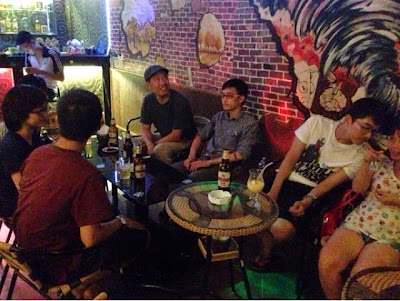 A few of my new friends... Ha, Ling and Hung. They were all better singers than me of course. 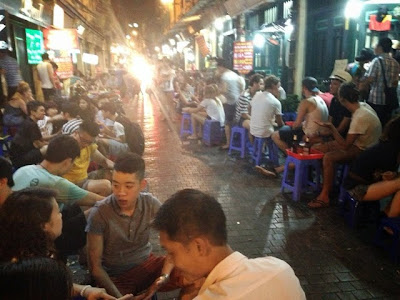 My second night in Hanoi my new friends and I decided to go out for drink. They took me to a bar in the old quarter area where most the backpackers tend to stay. It was actually more of a street scene. There were bars along the side, but people tended to sit along the sidewalk and into the street, even though motorcycles were driving down the center the street. We sat at table with small chairs and drink beer for 6000 dong (about US$0.40). Instead of the typical peanuts or pretzels we snacked on rice cake, dried squid, and some other meat item I could not identify. 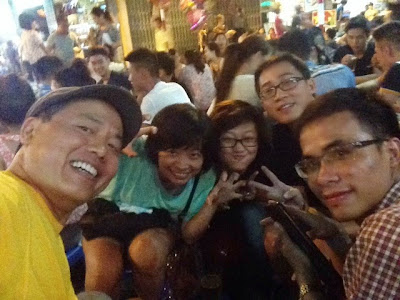