On the way north from Ushuaia I saw this beautiful winding river called the Rio Ewen. I had to stop and fish. 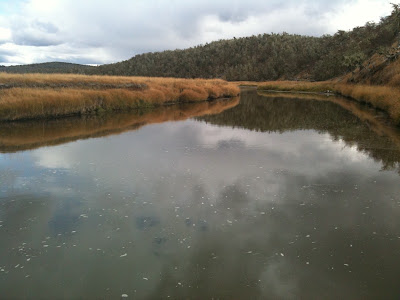 The river had was flanked by golden low lying grass on the sides and rolling hills in the distance. It was a partly cloudy and partly sunny day. Not bad weather for Tierra del Fuego. 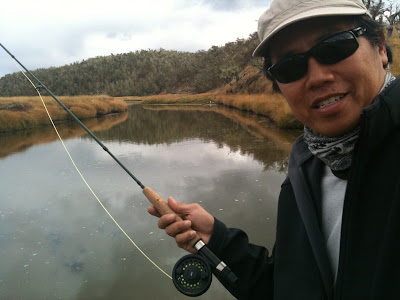 I set up my rod and reel and was ready to fish. I decided to use a little streamer fly.


Here is a short video of me casting. My casting could really use some refinement. It's not pretty right now, but it works. Hopefully I'll have plenty of chances to practice. 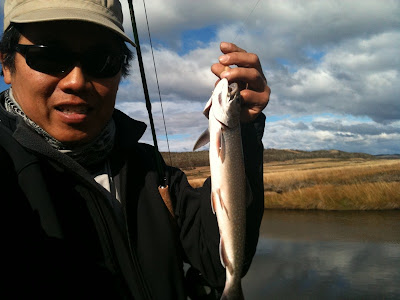 It took me a while... but I did have a little success...a small rainbow trout.