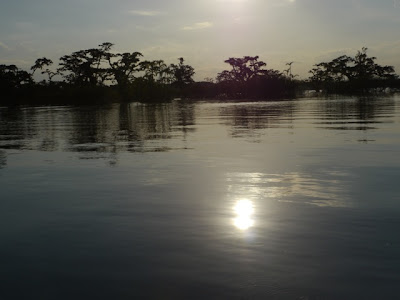 On my last day in the Amazon, Jorge told me to wake up early. He wanted to go on one last excursion to see some birds. 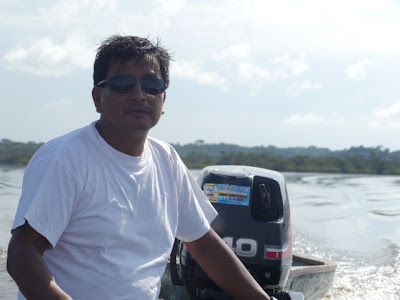 We headed out on the motorboat... 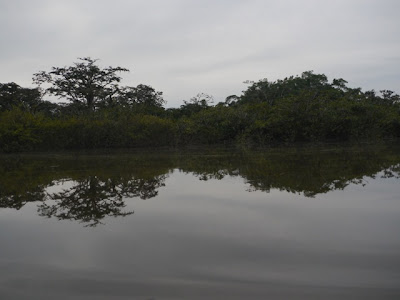 To this very placid area of the river. Not a single ripple in the water. 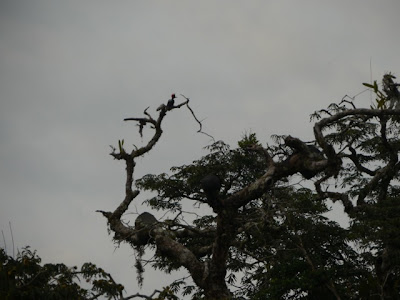 We came across a woodpecker perched on top of this tree. 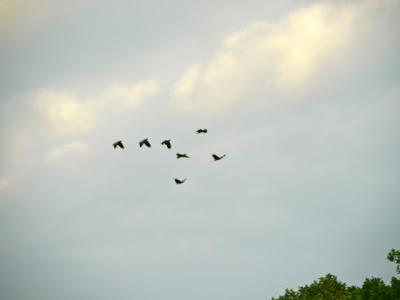 A flock of green parrots flying in the distance. 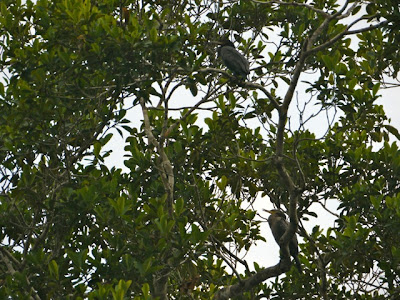 This group of grey herons nestled together in the branches. 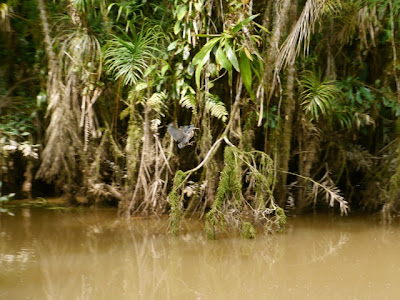 This kingfisher approaching a landing. 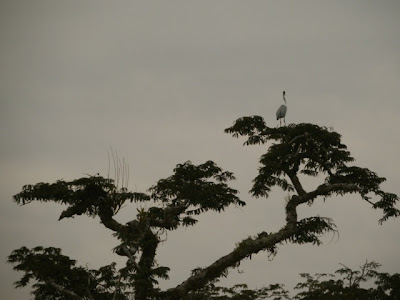 This white grand heron peering over the water... 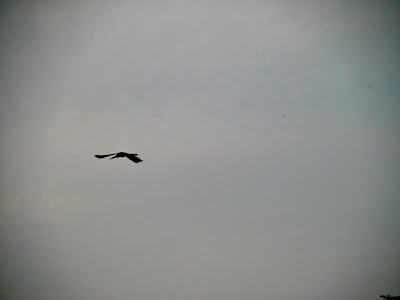 That took to flight. 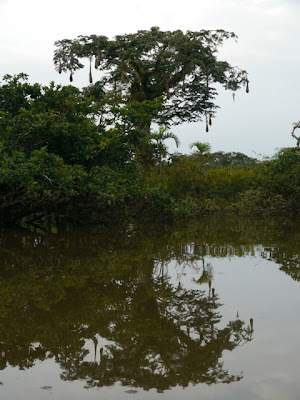 The oropendolas (orioles) sent us off with their unmistakable song. 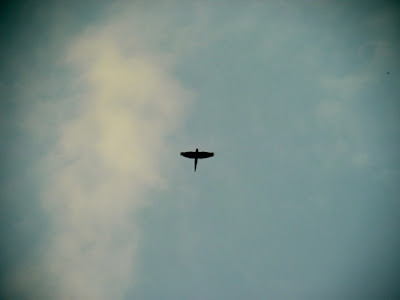 And this blue macaw did a fly-bye.

After and hour or so of birdwatching, it was back to the compound to pack.


One last boat ride up the river to the exit point.

Then the unexpected happened... 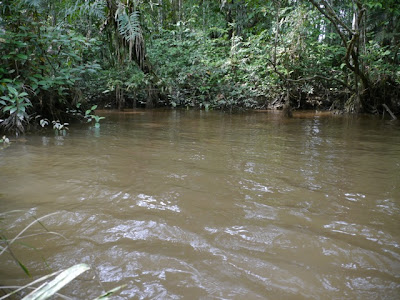 As we rounded a corner we came upon a huge... I mean huge... black cayman. Its head and body were out of the water... its tail was below the water. The portion of the cayman that we could see was at least 8-9 feet long. That means that in total, the cayman was probably 16-18 feet long. We backed up the boat to take a closer look... but it was gone. All that we could see were little bubbles on the surface of the water.

I wasn't able to snap a photo, but it was sitting right in this little nook.

You'll have to believe me... or someday visit the Cuyabeno Reserve and the Amazon to see for yourself.