I decided to travel to the Amazon. I had always envisioned that I would visit the Amazon from Brazil, but after talking with a few people I heard that it is more accessible, affordable and pristine to access it from Ecuador. Also, I plan to visit Brazil later in the year and hopefully I'll be able to make another excursion at that time. So instead of waiting until mañana (tomorrow), I thought to myself, there is no day like today (hoy).

My trip started with a short bus ride from Banos to a town called Ambato where I would connect with an overnight bus to Lago Agrio. 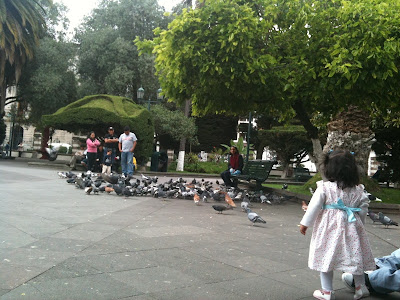 When I arrived in Ambato it was Sunday afternoon and most everything was closed. I walked around the city center and found this plaza. Kids chasing pigeons, it's always entertaining.

I had a few hours to wait for my connecting bus, so I dropped in at a hotel and asked the concierge if there was anything of interest to see in Ambato that would be open. He indicated that the only thing open was the shopping mall.

So I took a little excursion to the shopping mall. I've found that malls are very similar all around the world. Typically there are clothing stores, electronic stores, a food court and lots of people. Some folks feel that malls are devoid of all culture. However, what I've found is that malls contain an interesting blend of global pop culture and the local culture. One just has to observe closely to see the threads. 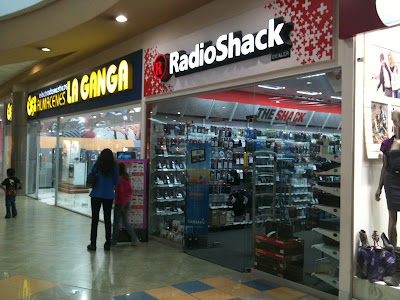 At this mall I found a Radio Shack and was able to pick up an audio adaptor for my camera. +1 for the mall. I decided to check out a movie at the cinema and saw the 3D version of Tin Tin. I enjoyed the story and I was pretty amazed by the animation. There were some scenes which appeared so life like that I forgot that I was watching an animation. A kindred adventurer that Tin Tin. +1 for the mall. 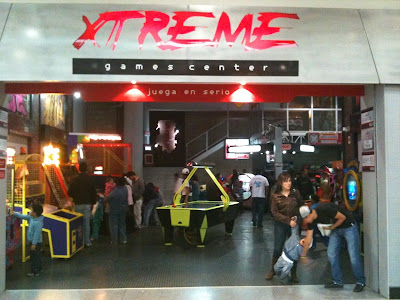 There was even a game room similar to Dave and Busters back in the states. +\- 1

So the excursion to the mall was an interesting break in my travels. A good way to burn a little time.

It was approaching 8pm, so I needed to make my way to the bus station to catch my overnight bus. 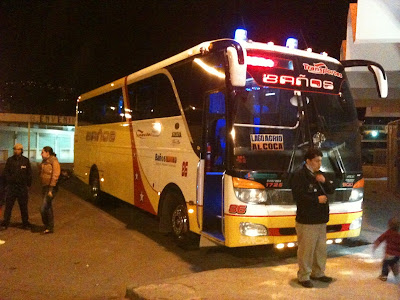 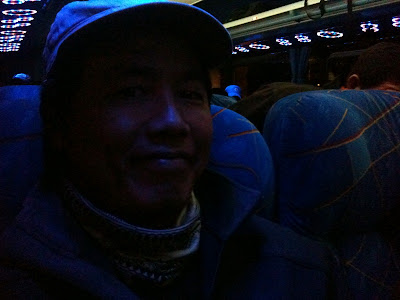 Like a disco ball on wheels. I watched a movie, then feel asleep. I awoke at about 5:30am just as we were arriving into Lago Agrio. 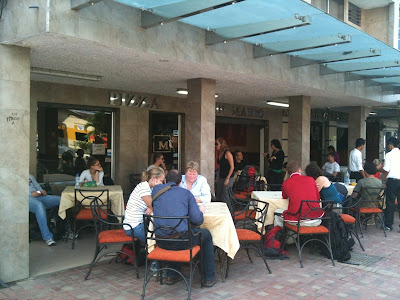 At about 8am my guide Jorge showed up and said that we would wait a while, then leave at 9am for the selva (rain forrest).

Here is were the adventure begins.