Concepcion... A Port Town Along The River Paraguay 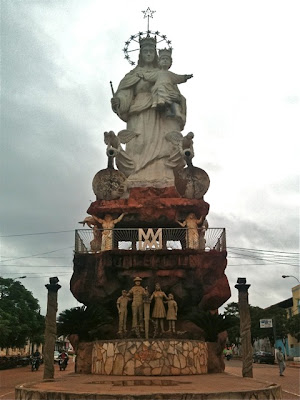 I visited the town of Concepcion that lies along the Paraguay River. 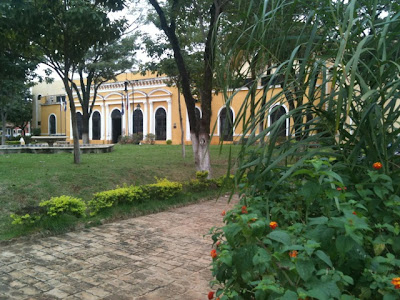 Concepción is a city in northern Paraguay and capital of the Concepción Department. Throughout the town there were examples of colonial style architecture such as this government building. 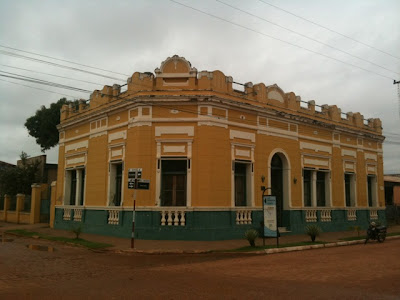 Founded by a Spanish Governor, named Agustín Fernado de Pinedo, the town prospered in the early years of the 20th century, as a centre for the north of the country, exploiting the new wealth of the Gran Chaco, and a river port. On a number of the street corners there were large houses that at one time were occupied by the wealthy merchant families. 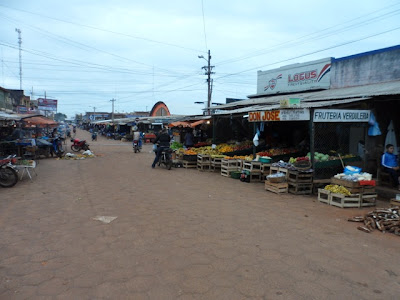 Today, Concepcion is a bustling little town with an active market. 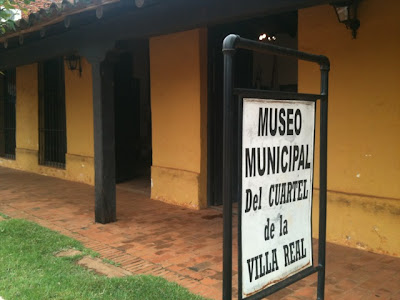 The town was also a centre for the Paraguayan Civil War of 1947. I visited the Museo Municipal (Municipal Museum) which contained items from the Civil War and Chaco War. 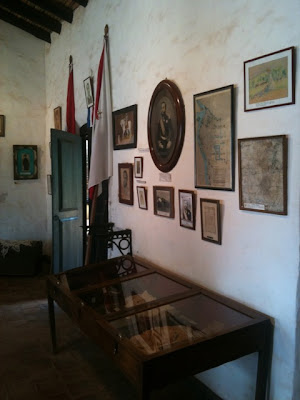 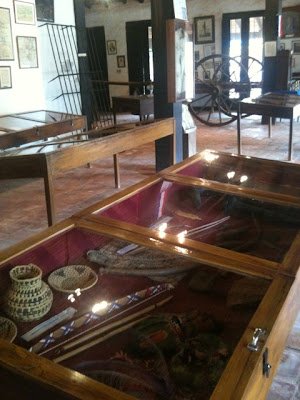 There were also some artifacts from the indigenous groups that have lived around the area.

Concepcion is located along the Paraguay River. There were barges moving up and down the river carrying all types of goods. I took a walk along the river and saw a barge being unloaded by the dock workers. The workers one by one were carrying large bags of goods on their shoulders from the boat across a plank to a cargo truck on the shore. It was a rudimentary manner of moving the goods, but for me it made a nice visual image. 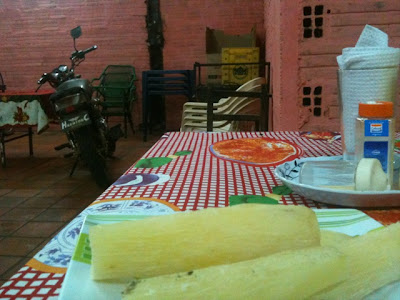 After walking around the town, I enjoyed a meal of chicken and yuca in a small restaurant. The food was okay, but what I found interesting was that the owner of the restaurant simply parked his motorcycle inside the dining area of the restaurant. Got to love it. 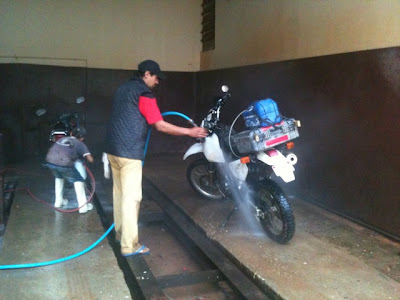 I thought that I would show a little love to my motorcycle. Emi was dirty from riding all the dirt roads in El Chaco, so I decided to have her cleaned up at a local car wash. 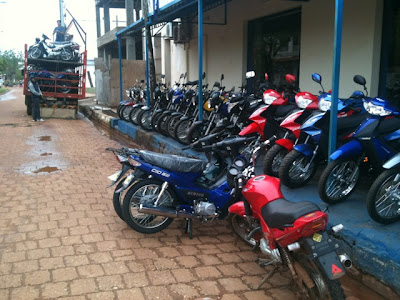 It seemed like everyone in Concepcion commuted by motorcycle. The majority of the motorcycles that I saw on the road were small, either 125cc or 250cc, motos made in China. This motorcycle store was receiving and unloading a new shipment of motos. 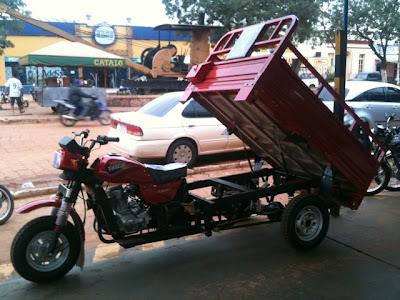 I saw this new three wheel sport utility moto that I thought was nice. 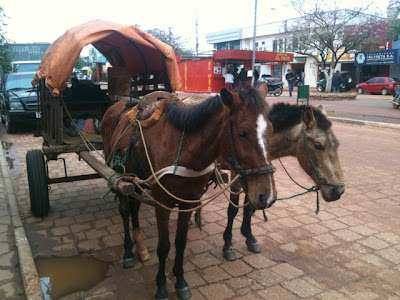 And the old school version. There were a number of horse drawn wagons in Concepcion used for transporting goods and people.