My next stop was the town of Cordoba. 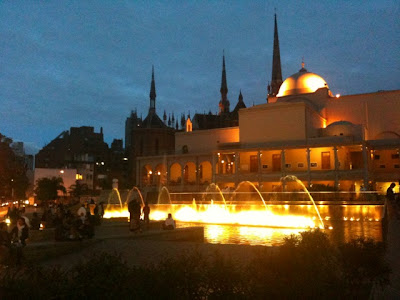 Córdoba is a city located near the geographical center of Argentina, in the foothills of the Sierras Chicas on the Suquía River, about 700 km (435 mi) northwest of Buenos Aires. It is the capital of Córdoba Province. Córdoba is the second-largest city in Argentina after the federal capital Buenos Aires, with about 1.3 million inhabitants. The city was founded on 6 July 1573 by Jerónimo Luis de Cabrera, who named it after Córdoba, Spain. It was one of the first Spanish colonial capitals of the region that is now Argentina (the older city was Santiago del Estero, founded in 1553). The Universidad Nacional de Córdoba is the oldest university in Argentina. It was founded in 1613 by the Jesuit Order. As the location of the first university, Córdoba has earned the nickname La Docta (The Learned one). 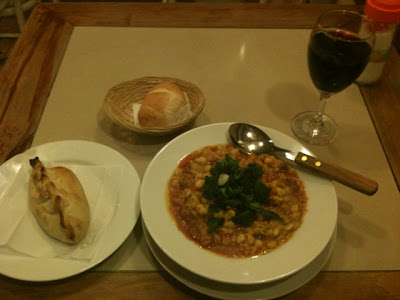 The first thing I did in Cordoba was to find something to eat. I found a cafe just off the central plaza and had a tasty meal consisting of an empanada and locro. Locro is a stew with pork, corn, beans and vegetables. It is often eaten on special occasions. This special occasion was that I was hungry. 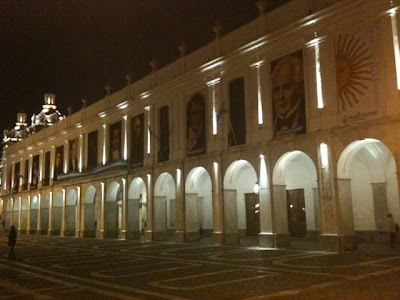 The town center had a number of colonial style buildings like the municipal hall. 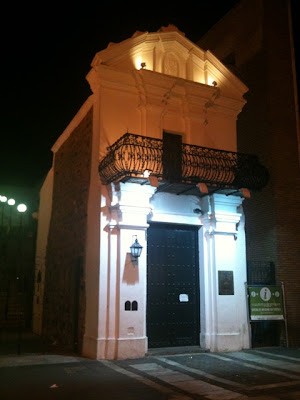 This old church turned into an information office. 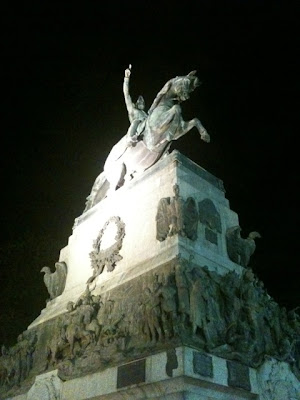 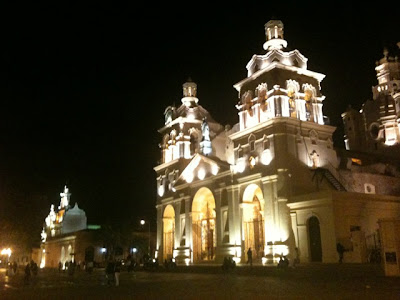 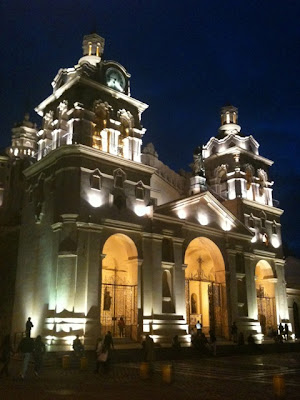 It was brilliantly illuminated at night. 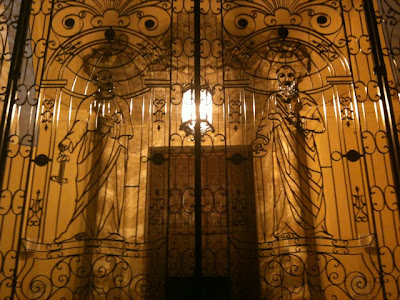 It had these amazing iron doorways with the figures of Peter and Paul. 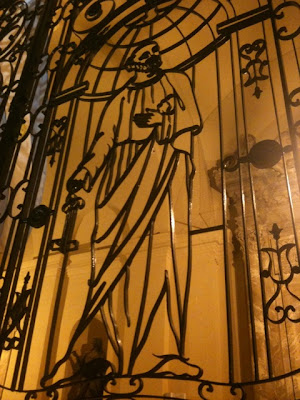 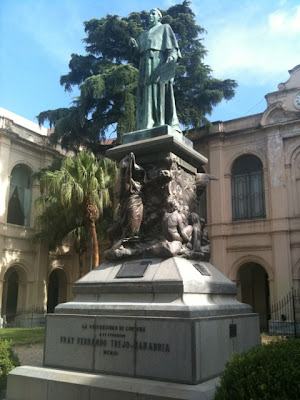 The next day I walked around the University Nacional de Cordoba which was founded by the Jesuits. 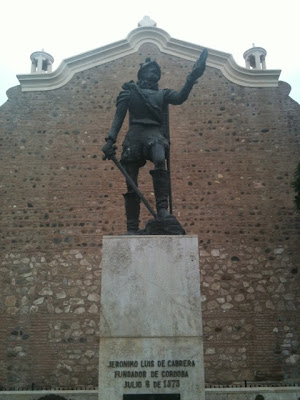 I came across this statue of the founder of Cordoba, Jeronimo Luis de Cabrera. 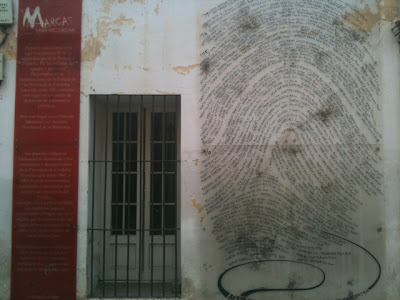 There was this interesting space called the Museo de la Memoria which pays tribute to the atrocities of the Dirty War. This former detention and torture facility displayed names of the "disappeared". 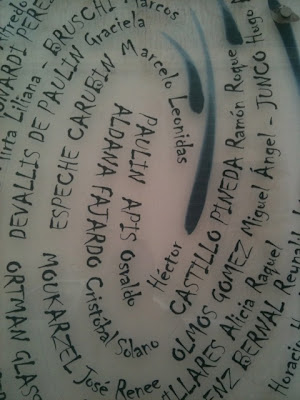 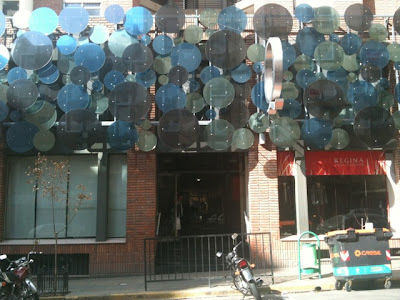 There was all kinds of street art in the city 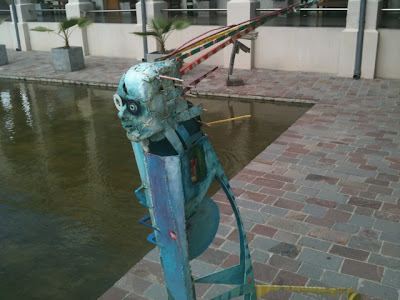 Around the Paseo del Buen Pastor there were these street sculptures. 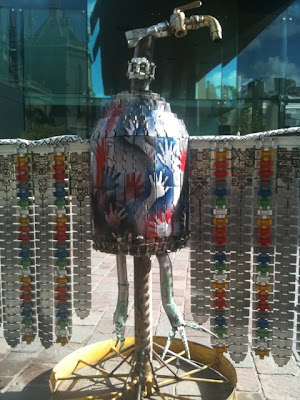 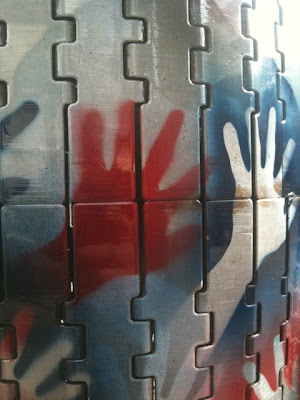 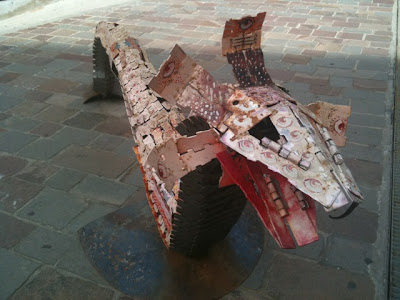 A snake or dragon 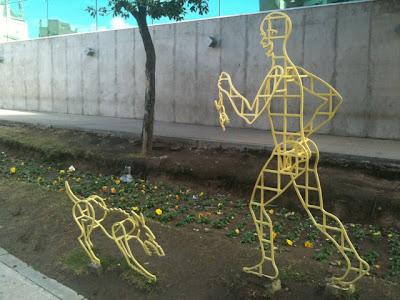 A man and dog 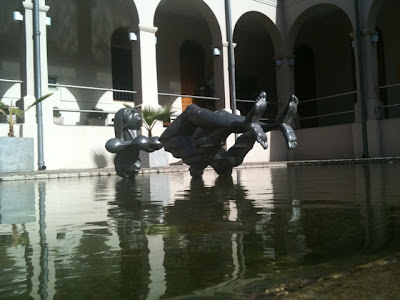 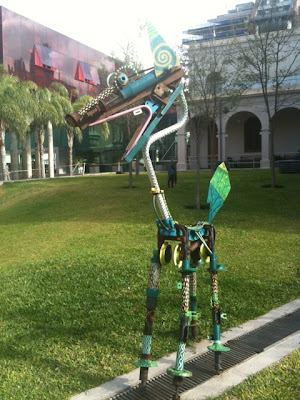 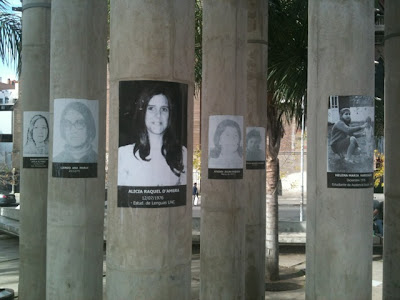 This art piece displayed photos of women whom "disappeared" during the Dirty War. 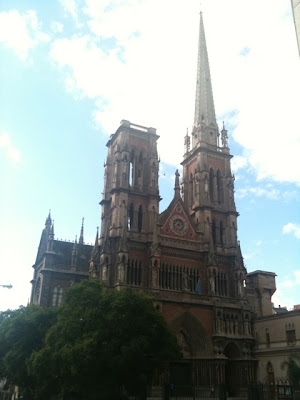 The Iglesia del Sagrado Corazon was an amazing church made in the neogothic style. 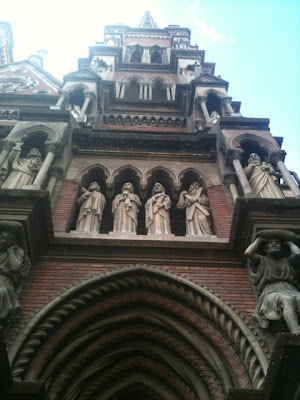 It had these incredible ornate spires 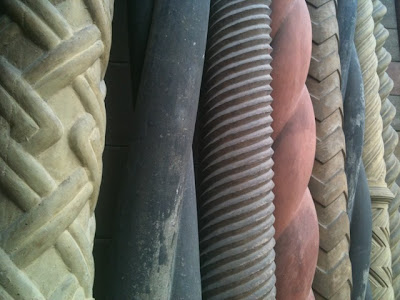 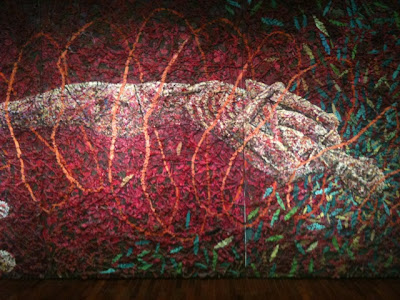 And I spent a little time at the Museo Provincial de Bellas Artes Emilio Caraffa. 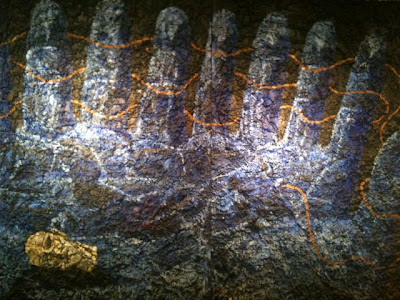 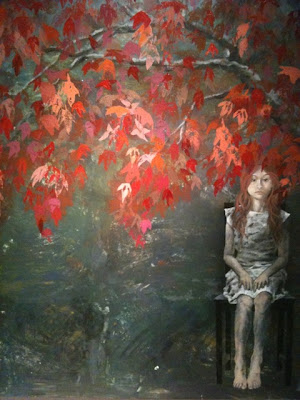 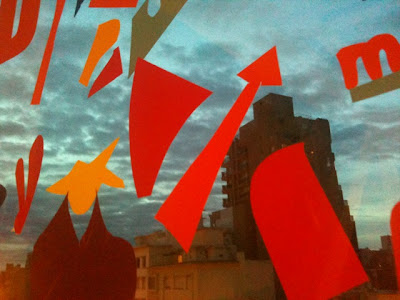 I really enjoyed Cordoba. It reminded me of my hometown of Austin, Texas. It is a university town, had some nice restaurants, friendly people and a cineclub (film club).