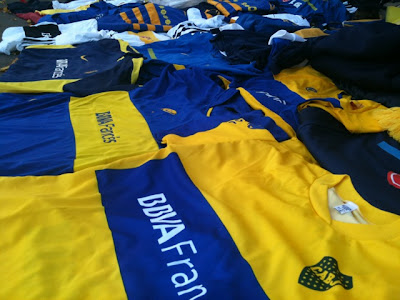 Argentinians are crazy about football (soccer). And perhaps some of the craziest fans are those of the team Boca Juniors. I did not think that I could pass up the chance to see a game. But to get a ticket to see a Boca Juniors game you have to be a socio (member) of the club. 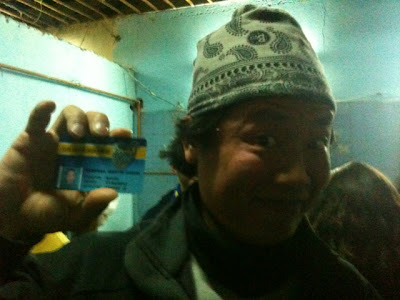 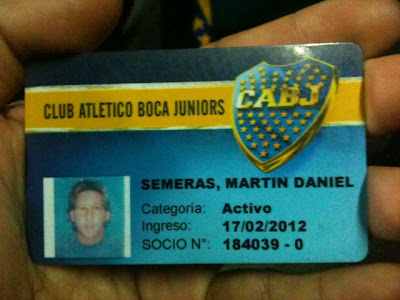 Well... sort of. I had to pay a premium to obtain an ID and ticket from a real socio. For the day, I would be Martin Semeras. I mean... we kind of look alike... yeah? 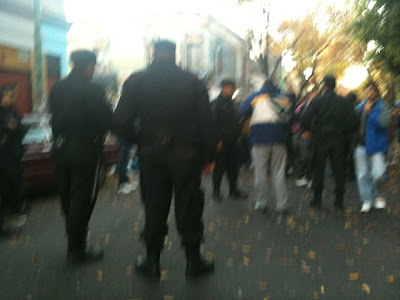 The neighbor of La Boca can get a little rough prior to the game. Some other "socios" and I boarded a private bus that dropped us off near the stadium. We went into a dive bar and had some beer and choripans (hotdogs). And when it was time to go to the game we passed through a gauntlet of security. I showed my "socio" card and ticket, was frisked, then entered the stadium. 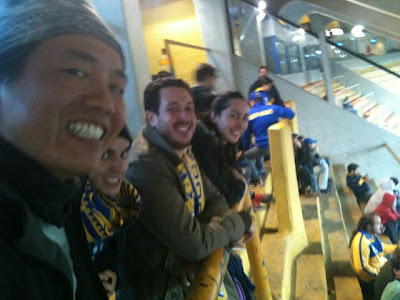 Some of my fellow "socios"... Andres (Colombia), Kay Jay (France) and Anni (Australia) 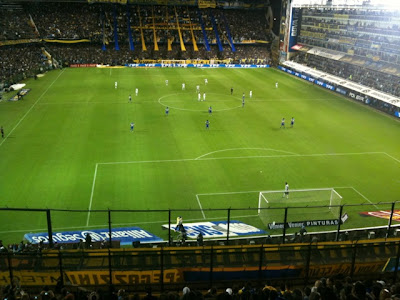 A look inside the Estadio Alberto J. Armando or more commonly known as La Bombanero. We sat in the general admission bleachers behind one of the goals. We were warned to sit under the overhang, because in raucous games the fans in the upper level are known to throw things down onto the fans in the lower level. I only saw one or two incidences. 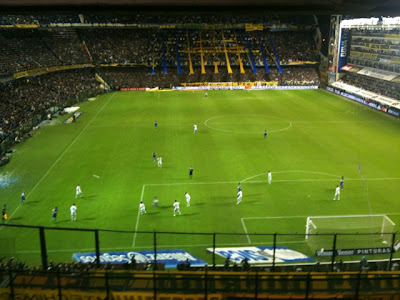 The game that we watched was Boca Junior (1) vs. Valez Sarsfield (2)... the top two teams. The victor would gain important points in the ladder (standings).

Here is a short 30 second video of the start of the game and a little of the Boca experience. The team has some canticos (cheers) that are yelled throughout the game.  What you hear in this video is...

Here is a short 30 second video of the fans cheering, a corner kick and a near goal.