How Can Ceviche Be So Good And So Bad 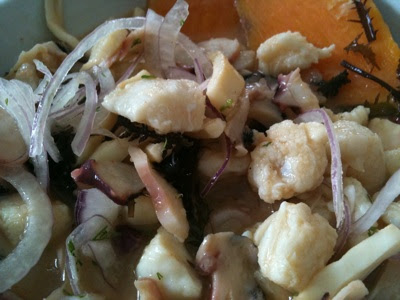 I ate this seafood ceviche from a restaurant in Arequipa called Cevichería Fory Fay. The ceviche had fish, squid, shrimp, onions, mushrooms and sweet potato. It was so good. But it was also so bad. About an hour after eating it I had an allergic reaction and broke out with a rash of hives.

Many years ago I had a similar reaction, so I wasn't worried and I knew what to do. I made a quick trip to the pharmacy and bought some benedryl. After some time the inching and hives stopped and I returned to normal.