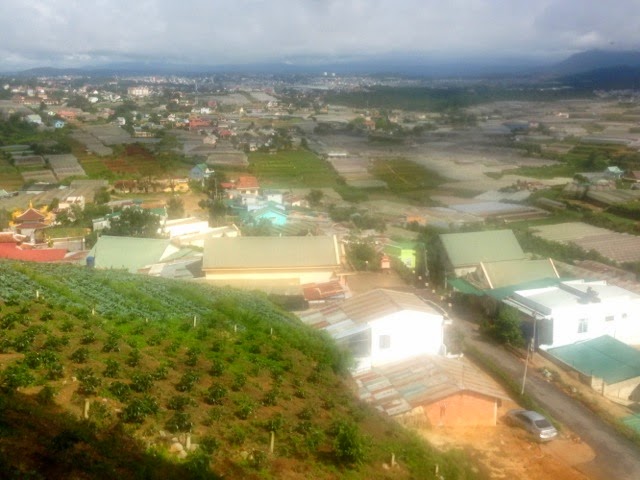 After two full days of riding, I arrived to the city of Dalat. I believe that it rained almost the entire journey. 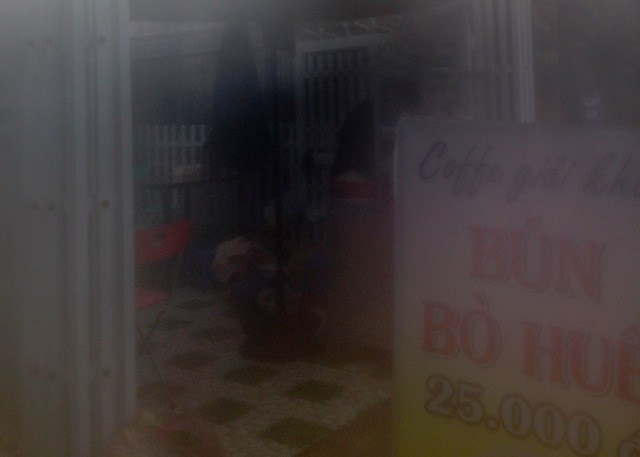 By the time that I arrived in Dalat all that I really wanted to do was to find a dry place to rest and find something warm to eat. Luckily I found this little restaurant. You can tell from the photo that even my camera/phone was cold and wet. 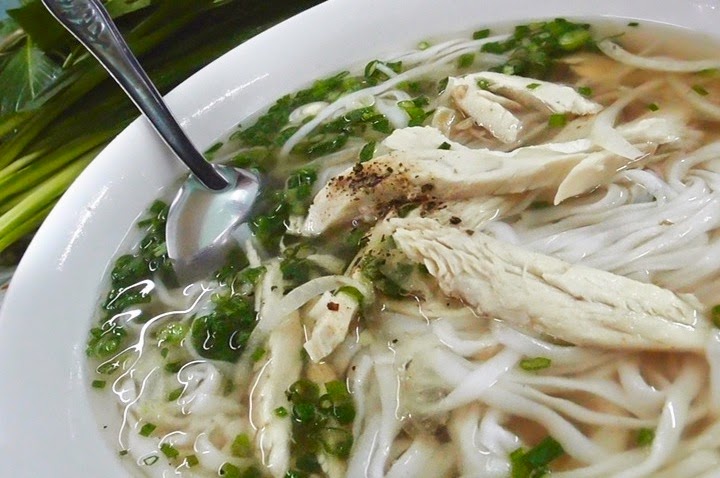 I ordered this little bit of happiness… Vietnamese style chicken noodle soup for the soul… phở ga. While traveling, I tend to find great enjoyment in the little pleasures in life… like a good meal. After I finished my soup, I sat in the restaurant for a loooong time…. just resting… just watching the rain fall. 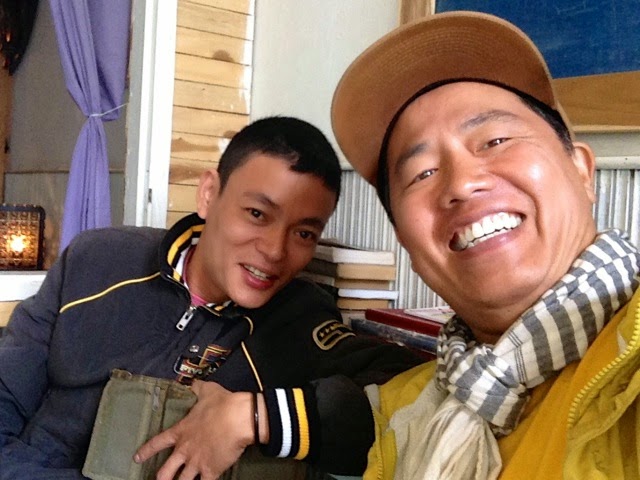 I waited and waited for the rain to stop… but it did not. I gradually accepted that it would rain all day and that I would remain wet most of the day. I contacted a friend of mine that lives in Dalat name Hoang Anh. I first me Anh when I was visiting the town of Hue. My other friend Phuong introduced me to him at the New Space Art Foundation. After a short conversation, Anh said that he would come and meet me at the restaurant. He met me at the restaurant, then he took me to his house, then he provided me a warm shower and allowed me to rest for a while. But I did not get to rest for long, because his mother prepared a huge home cooked meal for all of us… such generosity. 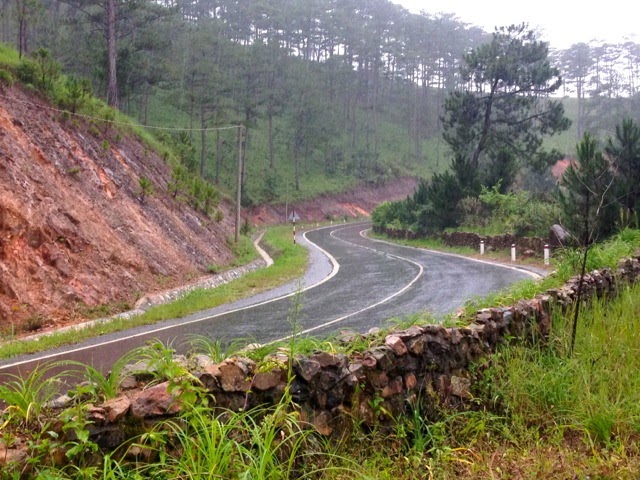 I was feeling much better after the meal. Anh said that he would like to show me around Dalat. We went to a cafe and met some of this friends. Then we went for a motorcycle ride around the outskirts of the city. There were some beautiful roads in and around Dalat. But… then it started to rain… and rain… and rain. 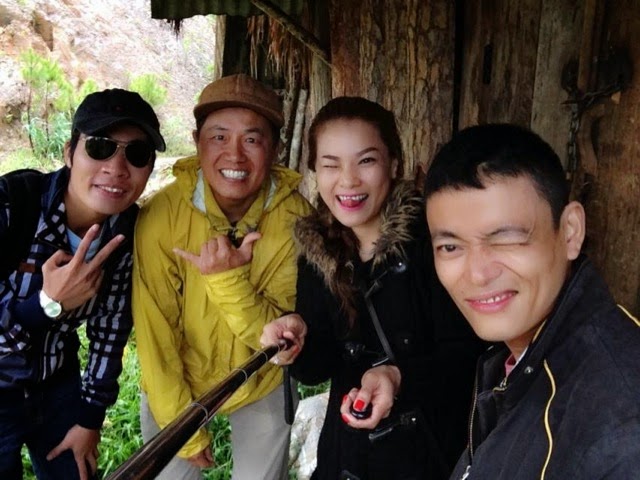 At one point it was raining so hard that we pulled off the road and found shelter under a little shack. We probably waited 30 minutes for the rain to stop, but it did not. We amused ourselves by taking goofy selfies… Ta Balo, Me, Ngo Ngoc and Hoang Anh. 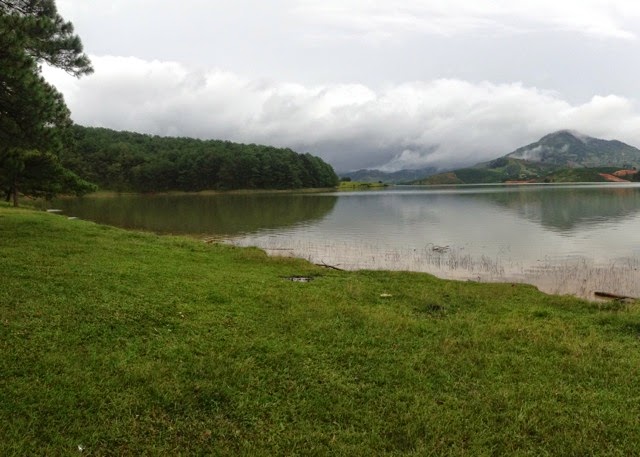 There was a break in the rain so we had the chance to ride down close to the lake. The trail to the lake was wet and muddy. First, Ngoc fell over on her motorcycle. Then Anh and I feel over on our motorcycle. We decided to park the motos and walk the rest of the way. It was worth the effort because the view around the lake was quite picturesque. However, it was even more of a challenge pushing the motorcycles up the hill back to the road. 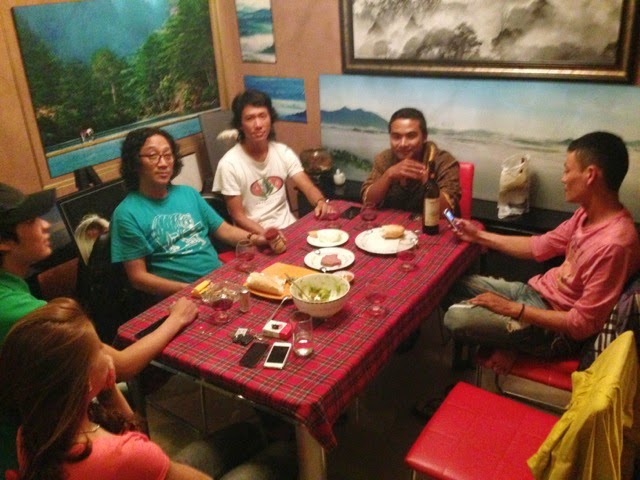 Later that evening, we all met up again for dinner and were joined by some other friends at the house of Rong Reu. My contribution to the dinner was guacamole salad. You may notice that there are quite a few images hanging on the walls. Rong Reu is an award winning photographer and had some beautiful images of Vietnam. 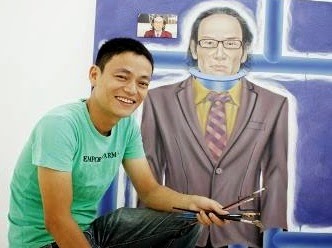 Actually, my friend Anh is a talented artist that produces large scale installations and paintings. 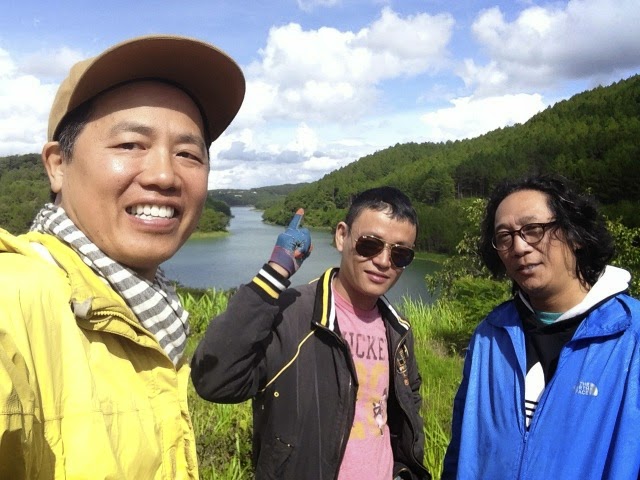 The next day Hoang Anh, Rong Reu and I went for another ride around the countryside. 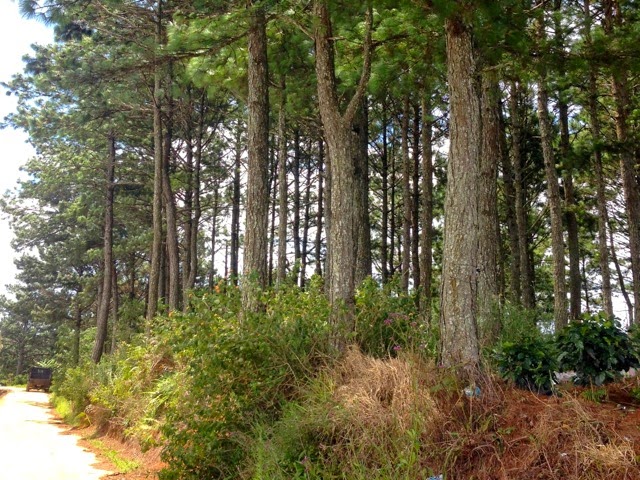 This part of countryside with all the tall pine trees reminded me of East Texas. 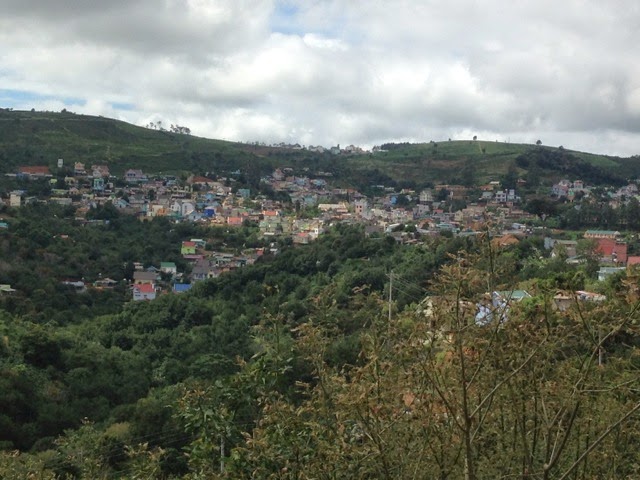 I believe the area that we visited was called Ho Tuyen Lam. 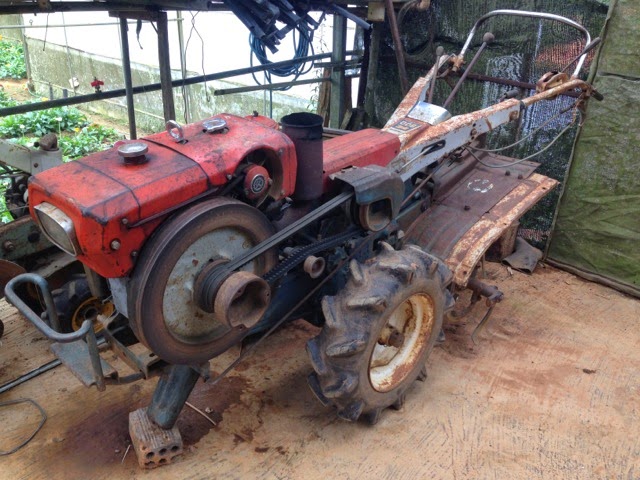 We stopped by a farm that belonged to a family that was friends with Anh. 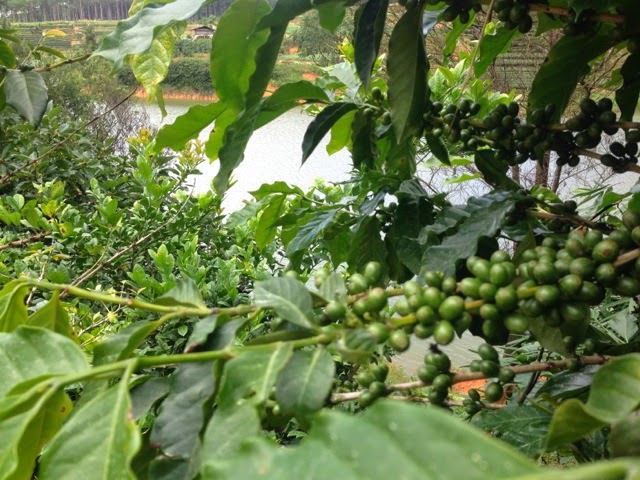 They grew a number of crops… coffee being one of the principle crops. 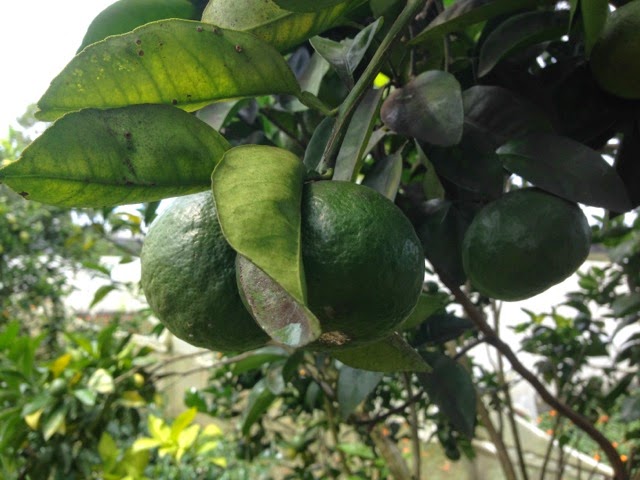 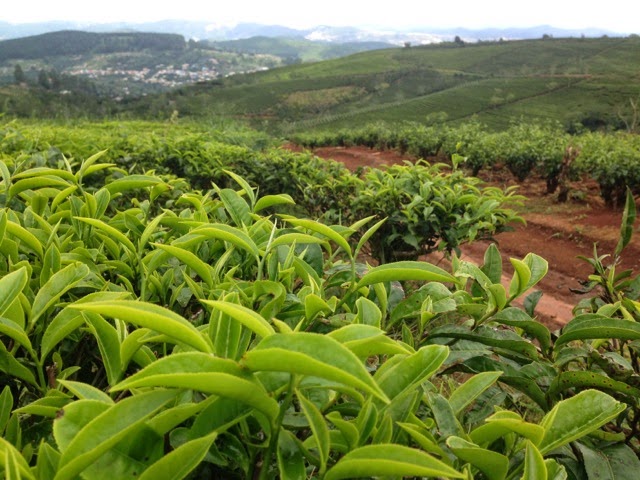 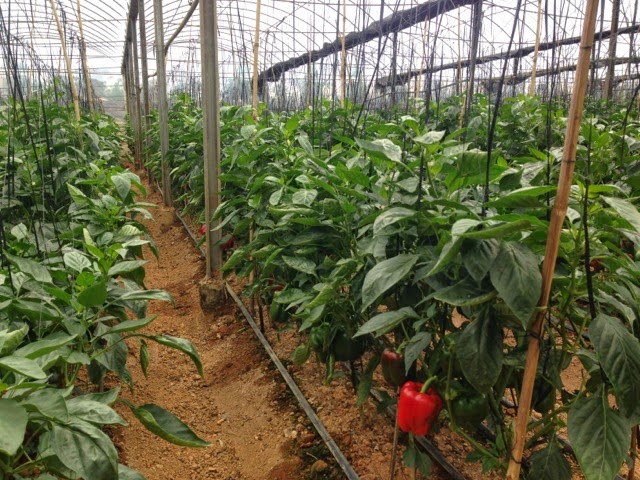 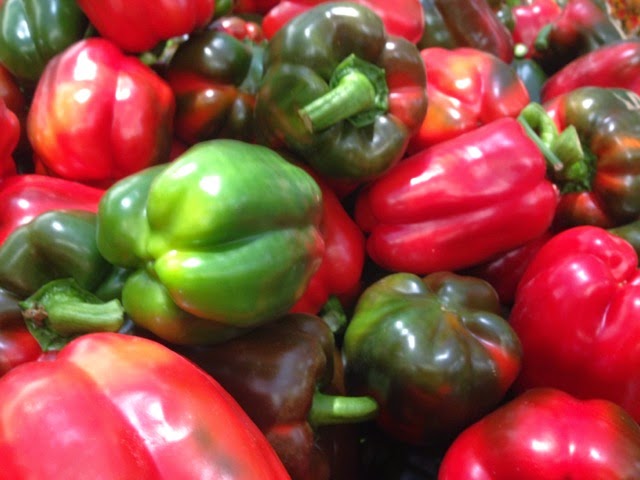 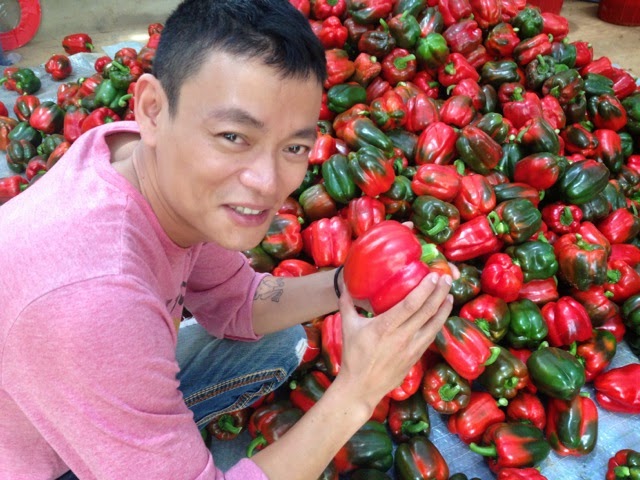 I think that even Anh was impressed with the size of this bell pepper. 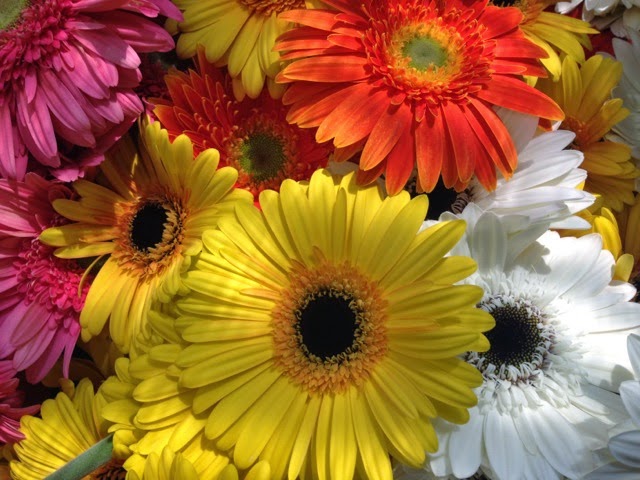 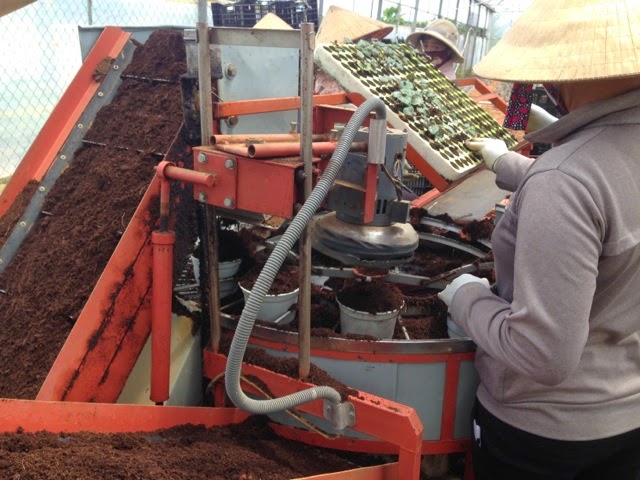 We had the opportunity to meat some of the farm workers and see how they seeded, planted and grew the crops. 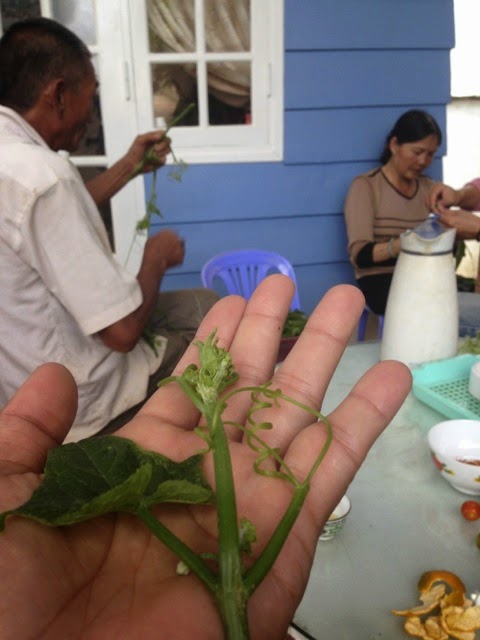 After checking out the farm, the family picked some fresh vegetables and prepared them alongside some chicken and fish for us for lunch. 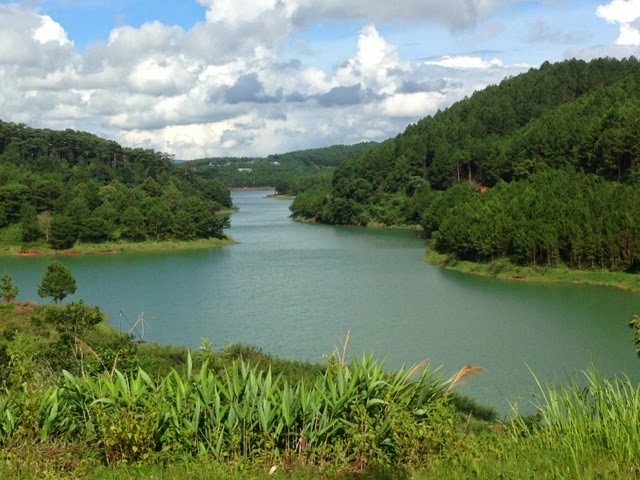 After lunch, we hit the road again and rode around the lake. Luckily the weather was nice and to my surprise there was no rain. 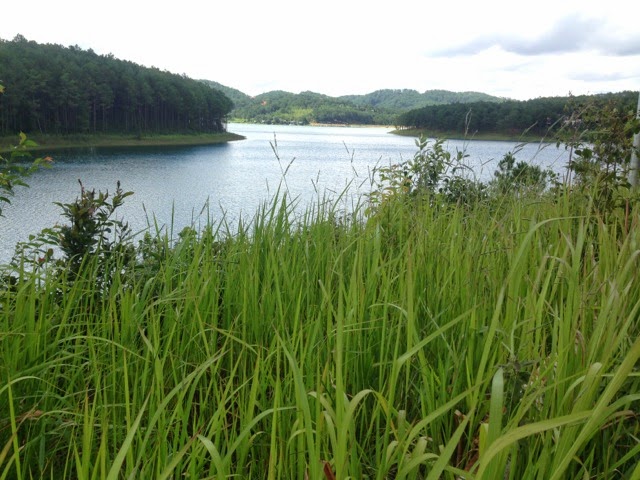 This lake was one of the few lakes that I have ever seen that had not been overdeveloped around the lakeshore. We were able to ride around almost the entire lake and we had an unobstructed view of nature. 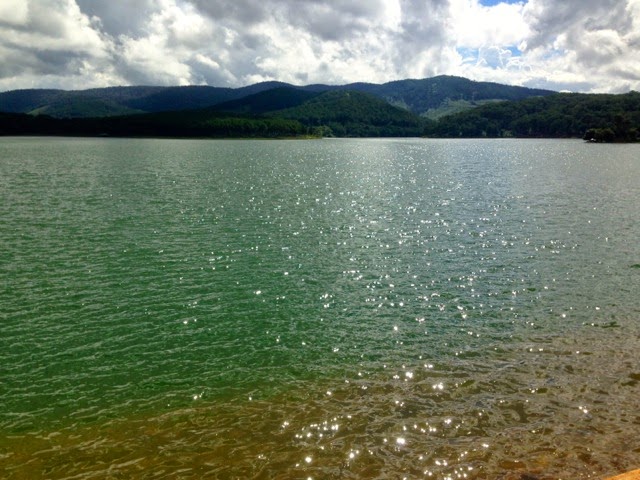 I really enjoyed seeing the agrarian land and lifestyle around Dalat. Maybe it was the soil, the rain, the altitude or just the overall climate of the region that made the land rich. However, what really enriched my visit to the area was the kindness and generosity of the people of Dalat. Thanks Y'all!