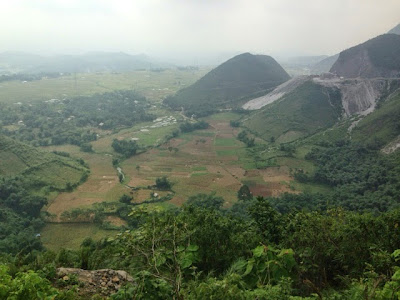 Before I started this little motorcycle adventure some of my Vietnamese friends advised me about possible places to visit and routes to take. Most of the routes they suggested passed along the main highway that runs along the east coast of the country called the A1.

One friend even advised me that if I traveled down the HCMH to not pull over by the forest, but to only pull over at the gas stations. It sounded ominous.

Sometimes you just have to go to really know... so I went. 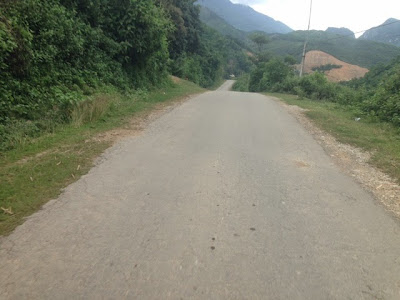 The Ho Chi Minh Highway or Ho Chi Minh Road (Đường Hồ Chí Minh) is a highway in Vietnam. It runs from the north to the south of Vietnam, west of National Route 1A. The highway was named after Hồ Chí Minh. 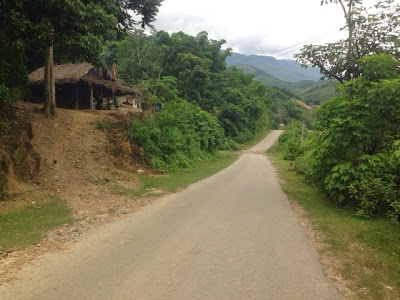 The route roughly coincides with the Ho Chi Minh trail that existed during the Vietnam/American War. The trail was a supply route that the Vietnamese army and Vietcong used to supply their war efforts. 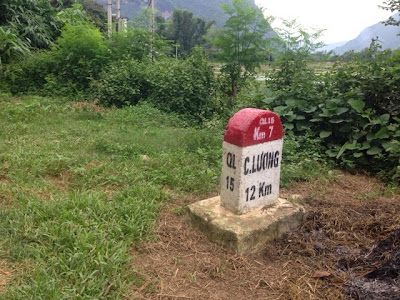 It is a two-lane highway, really just a two lane road, that runs from Hoa Lac near Hanoi to Ngoc Hoi in Kon Tum Province with a total length of 770miles (1,234.5 km). Typically every few kilometers the route is marked with red and white roadsigns. 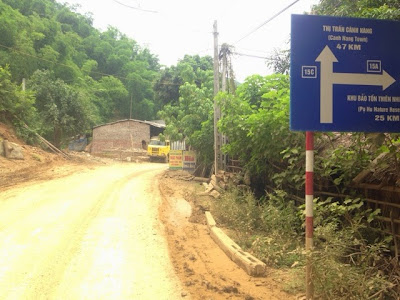 Once in a while there might be a road sign. In the provinces of Quảng Bình, Quảng Trị, Thừa Thiên-Huế and Quảng Nam, the road divides into two separate roads: Ho Chi Minh Highway East (HCME) and Ho Chi Minh Highway West (HCMW). HCME is a well-traveled road with many trucks, towns and restaurants along it. There are few steep hills on the HCME, with the exception of the portion of the highway in Quảng Nam just before it merges with HCMW. Conversely, HCMW cuts through extremely mountainous areas with steep hills and few gas stations. Consequently, all heavy traffic avoids these portion of
HCMW. Decisions, decisions... which way to go? 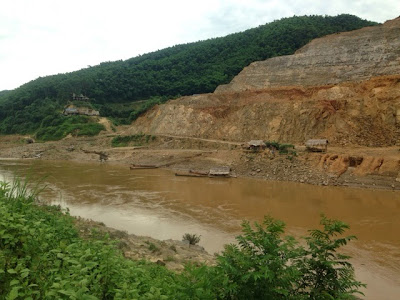 At times heavy-rain washes out small segments of the HCM Highway, making it impassable to trucks and cars. I came across a few of these washouts, but rode through them on my little moto. 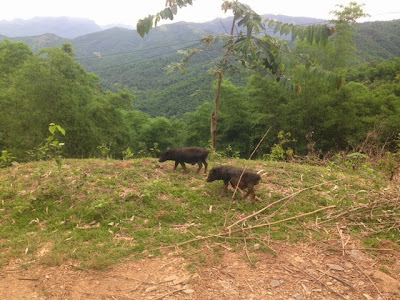 Many farmers allow their pigs, goats, buffalo and cows to graze along the roadside, and they frequently wander onto the road, so drivers must be careful on this stretch of the road. This was my first sighting of miniature Vietnamese pigs. 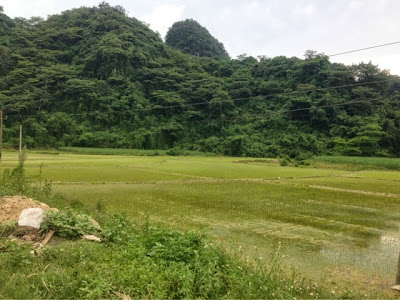 When the highway was first built, a small portion of HCMW within Thừa Thiên-Huế and Quảng Nam passed through Laos, but the highway now stays completely within Vietnam's borders. 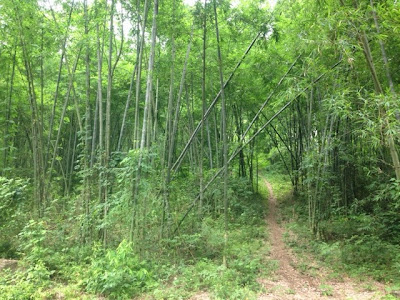 It did pass through some national parkland which consisted of a forest made up of giant bamboo. NO ROBBERS! 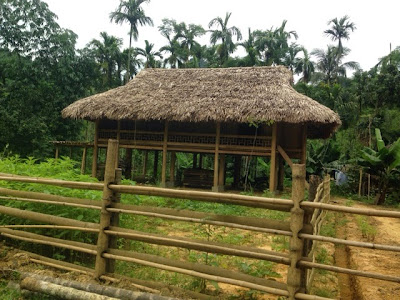 There were a few villages, but they were few and far between compared to northern Vietnam. 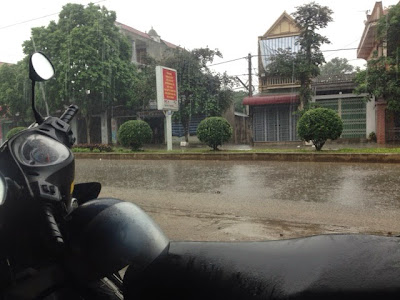 For much of my ride this day it was raining. I rode through the rain because there was not much traffic. And maybe in the back of my mind I kept thinking about robbers lurking in the forest. Once I reached this small village I took a break from the rain. 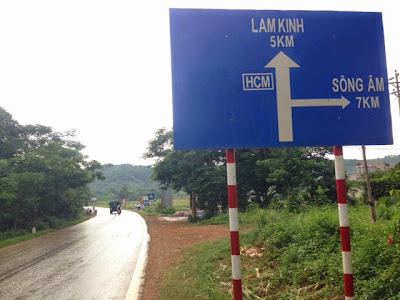 Decisions, decisions... HCM to Lam Kinh.  Song Am would take me into Laos. 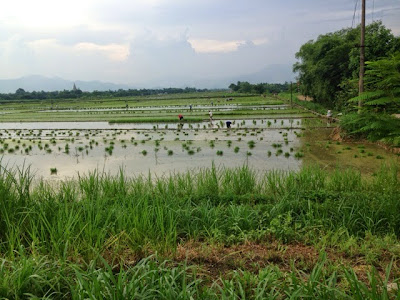 After riding for hours through the mountains the land flattened out to become planes.

I was getting tired so when I passed by the area of Nghĩa Đàn I pulled over. There appeared to be a town a few kilometers off the main road. But I could not be bothered to ride that far, so I found a roadside hotel and checked in. 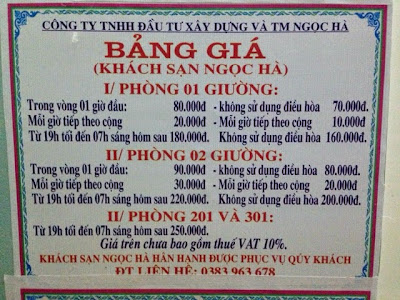 After settling in to my room I noticed this sign was posted on the wall.

Oops, I may have just checked into a love hotel. When I inquired how much a single room would cost the owner said 180,000 dong (US$ 8.50). I checked out the room and it was nice and clean. Only after I settled into the room did I notice this sign on the wall all in Vietnamese. The first line reads, "Trong vong 1 gio dau 80,000" which translates to "within 1 hour 80,000". The second line translates to "each additional hour 20,000".

Oh well, I thought to myselfi... this might be an interesting night.