Samaipata... A Bit of Serenity in Bolivia

I spent two days in Santa Cruz. Principally to apply for a visa to enter Paraguay. The Bolivian police strike had ended, so the banks were open once again. I was able to complete all the tramites (paperwork) and submitted my application. Sure enough, within 24 hours I had my visa!

I decided to head back toward Sucre. Along the way, I stopped in a little town called Samaipata. Samaipata is a Quechua word that means: The Height to Rest. With its delightful subtropical climate and an altitude of 1600–1800 meters it tempts foreigners to settle. 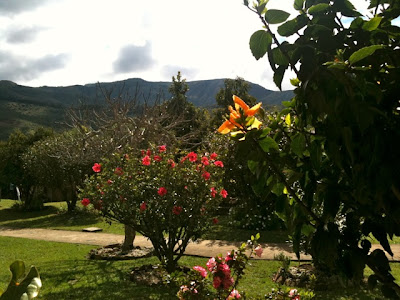 The little village is kind of a Micromundo where about 25 nationalities now live together in harmony and peace. The town is small with numerous colonial buildings and narrow cobbled streets. 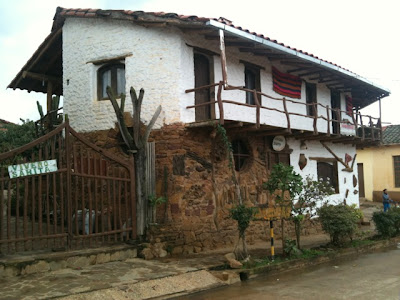 The town is also known to have a creative community. It was evident by some of the uniquely designed and decorated houses. 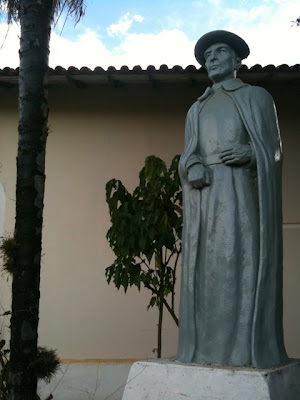 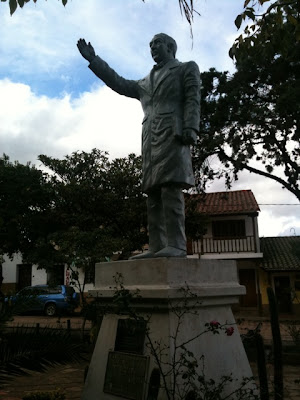 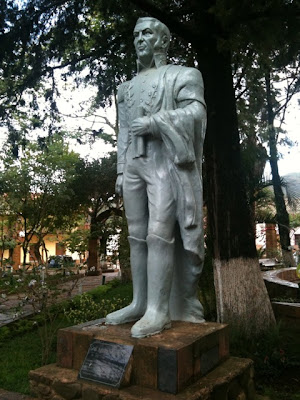 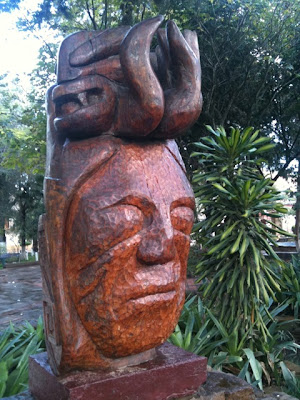 There were carvings that paid tribute to the indigenous community. 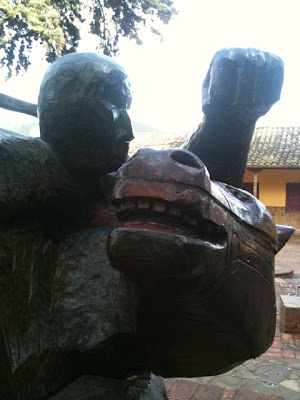 The workers were represented. 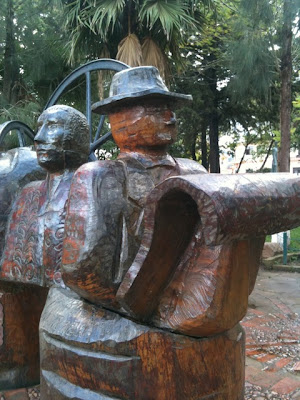 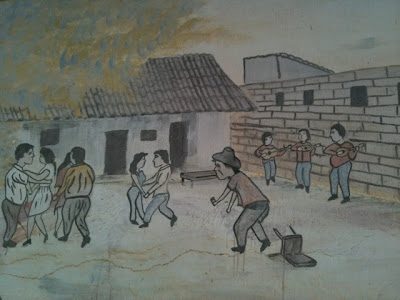 It seemed like everyone was represented in some form or another. 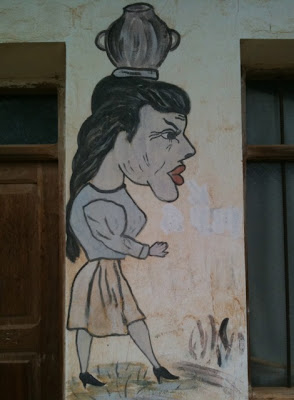 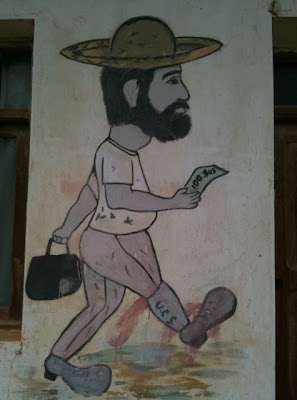 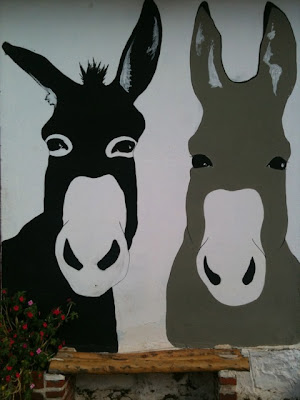 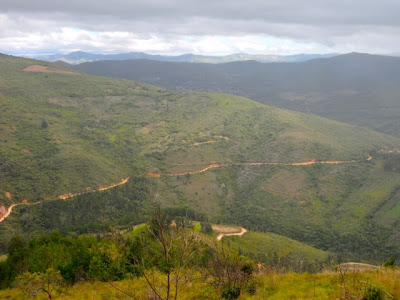 I rested a day, then decided to take a day trip to the nearby El Fuerte de Samaipata. It was a short distance down a winding road. 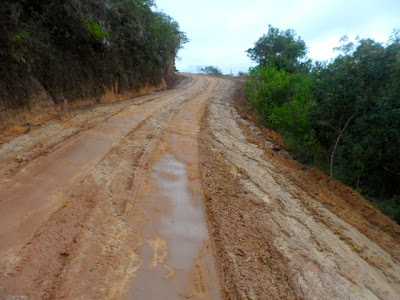 Due to some rain, the dirt road was actually quite muddy. Undeterred, I pressed on and eventually arrived at El Fuerte (The Fort). 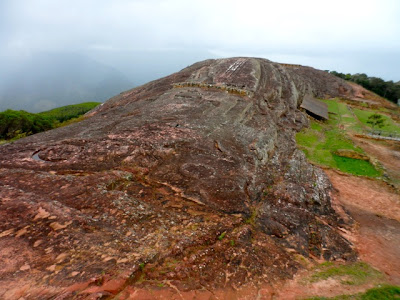 The area is not actually a military fortification, but it is generally considered a pre-Columbian religious site, built by the Chané people, a pre-Inca culture of Arawak origin. The most important feature of El Fuerte seems to be El Cascabel. El Cascabel can be translated as 'The Rattle'. Two parallel lines point to certain points in the eastern sky at a position of azimuth 71° and an altitude of about 6.75° . One could have looked along the parallel lines, standing on the place of observation in front of the Inca-wall at the foot of El Fuerte and watched the parallel rising of two planets at sunrise on August 20, 1066 above both lines against the background of constellation Leo: Venus and Jupiter. 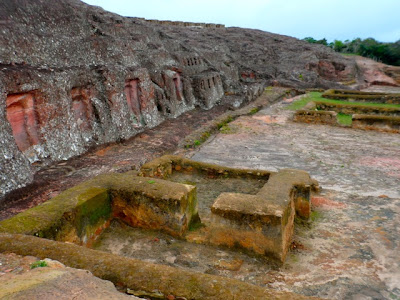 There are also ruins of an Inca city built near the temple; the city was built during the Inca expansion to the southeast. 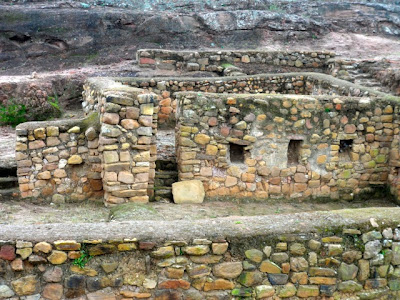 The archeological site at El Fuerte is unique and it encompasses buildings of three different cultures: Chanes, Incas and Spaniards. 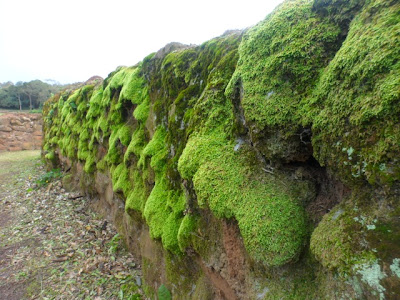 The Spaniards also built a settlement near the temple and there are remains of buildings of typical Arab Andalusian architecture. The Spaniards abandoned the settlement and moved to the nearby valley were the town of Samaipata is currently located. 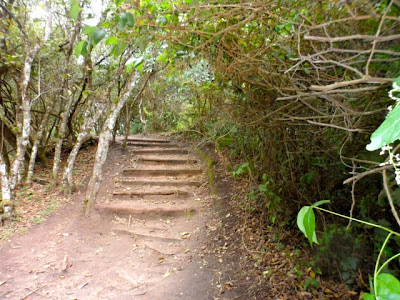 There were some nice trails passing through some low lying forests. 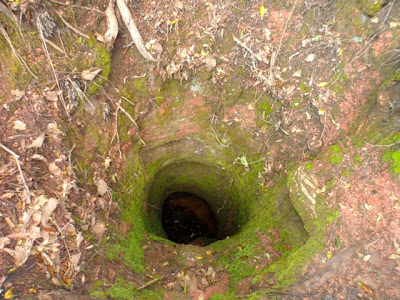 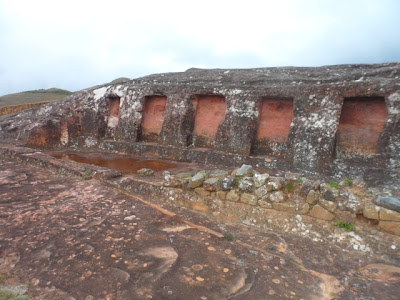 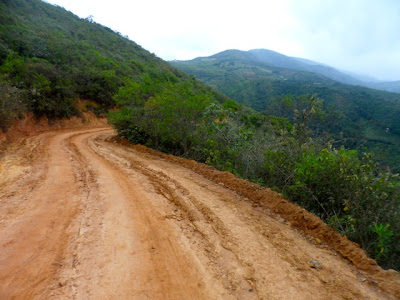 After spending a couple hours at the site, I headed back down the mud road. 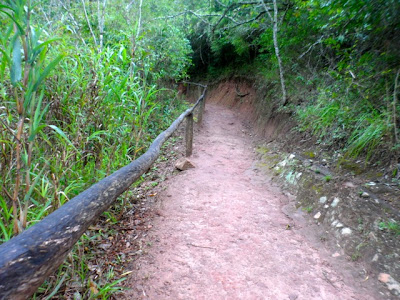 I came across this area and this path which supposedly would lead to a waterfall. 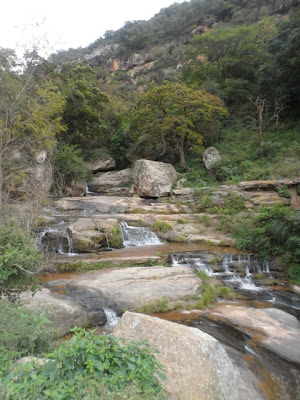 I was not too impressed after I came across this waterfall. 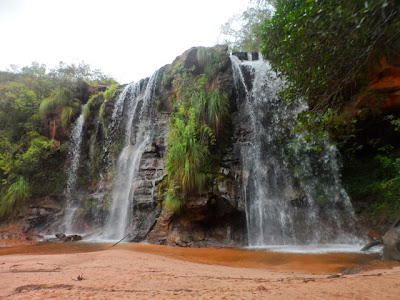 And then I walked a little further down the path and came across this waterfall. Okay, better. 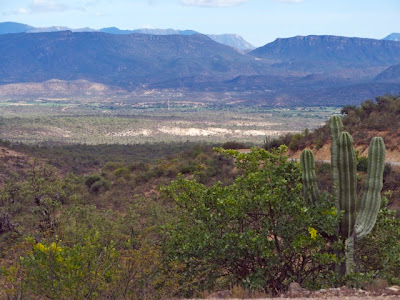 Samaipata was a pleasant place. A nice climate. A pretty town. Mountains and valleys nearby. But I was getting a little restless and wanted to make my way back to Sucre.
By Troy - September 21, 2012