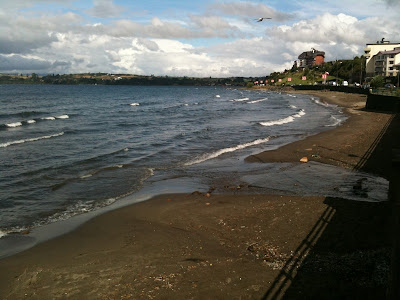 I stopped by the lakeside town of Puerto Varas. It's a small to midsize town surrounded by hill country and a few volcanos. 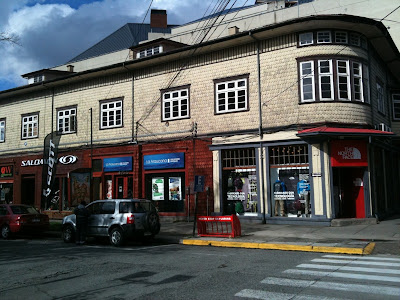 I'm not much of a shopper, but the town happened to have stores by some of my favorite brands. The North Face... Salomon... 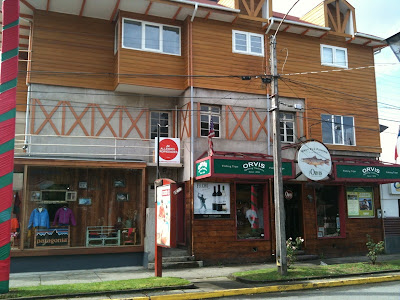 I did not buy anything from TNF or Salomon, but I could not resist picking up a new fly reel from Orvis. This is Southern Chile and I'd soon be traveling to Patagonia. Some world class trout fishing is available in the rivers in the area. I could not pass up the opportunity. I have not bought many souvenirs on this trip, so I thought that a nice reel would be an excellent souvenir, especially if I wound up catching a memorable fish.

A simple but bare necessity. 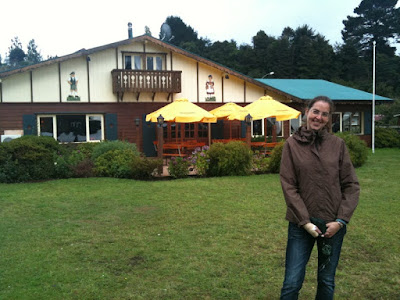 I met a fellow traveler named Eva from Germany and we decided to check out some of the sites. 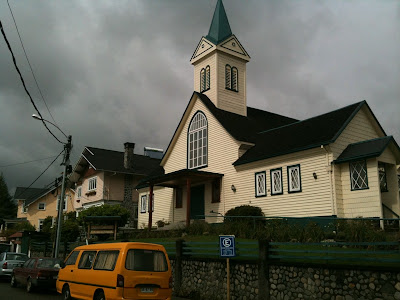 We made a side trip a town on the other side of the lake called Fruitillar. It's a town that was established by German settlers and it was easy to see the influence in the architecture and food. 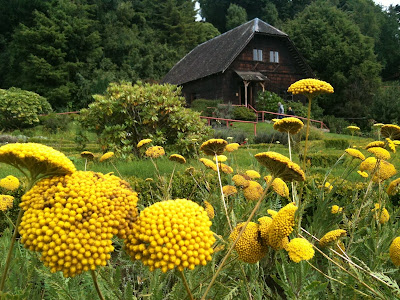 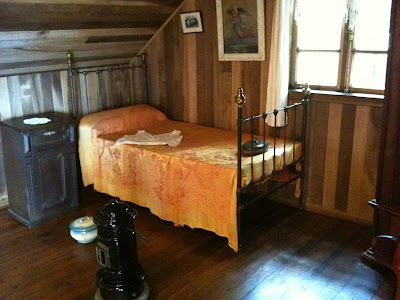 There were some buildings that demonstrated how the German settlers lived during the colonization of the area. 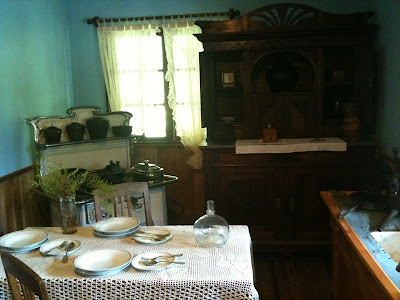 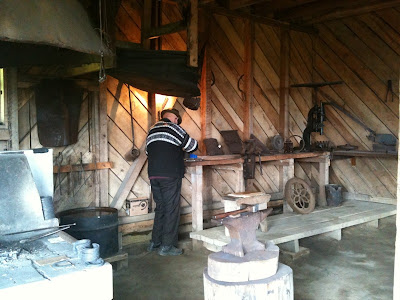 A blacksmith shop and stable.
A water powered mill. 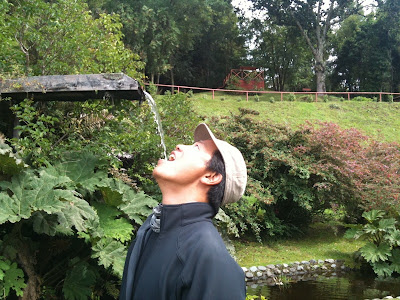 I learned a new German word...kuchen (cake). I found a bakery that had a raspberry meringue kuchen. I ordered it...ate it... and it was gut (good).